Chinanews Client, March 8 (Reporter Yue Chuan) In fact, after winning the men's singles championship at the Australian Open for the ninth time, Djokovic has set a new world record for the first week. Stuck on the board. Perhaps a slightly longer time span has left enough buffer space. When this day really comes, the world tennis scene will be able to greet this moment written in history relative 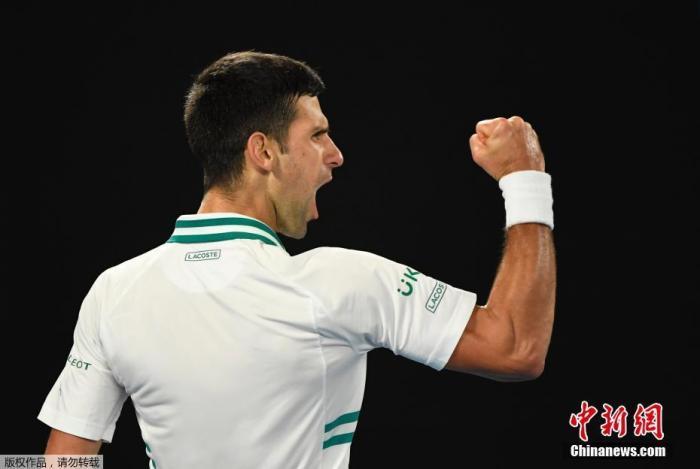 Chinanews Client, March 8 (Reporter Yue Chuan) In fact, after winning the men's singles championship at the Australian Open for the ninth time, Djokovic has set a new world record for the first week. Stuck on the board.

Perhaps a slightly longer time span has left enough buffer space. When this day really comes, the world tennis scene will be able to greet this moment written in history relatively peacefully.

The data picture shows Djokovic in the game

Behind this calm is Djokovic's full swing time and time again. It is a glorious honor after another, and a history that has been rewritten after another.

From the first in the men’s singles world on July 4, 2011, to today’s longest record in history, Djokovic took nearly ten years to achieve this seemingly remote dream.

It will always be said that all records will eventually pass away.

In the past decade, Djokovic has won four consecutive Grand Slam titles, reached an unprecedented nine Australian Open titles, achieved a unique double-lap "Golden Master", and created an unprecedented 36 championships in the Masters...short A short number of crosses made this glorious journey come to life.

The Serbian superstar once said frankly that raising the number of Grand Slams and the number of the first week in the world to the highest in history are the two ultimate goals of his career.

Looking at men’s tennis, one of the two is enough to shine through the annals of history, not to mention Djokovic has a chance to achieve it all.

Today, Djokovic has attributed these two records that were once elusive.

After winning the Australian Open, Djokovic increased the number of individual Grand Slam titles to 18, only two short of Federer and Nadal.

Except for Murray, who was destroyed by injuries and reluctant to withdraw from the Big League, in the past decade, only Federer and Nadal have replaced Djokovic as the number one in the world.

For the "Big Three", even using words like "extraordinary" to describe their achievements would still seem too thin.

However, compared with the other two legends, Djokovic seems to be a more unique existence.

As Djokovic's room of honor became more and more complete, doubts came from all directions but continued.

In front of Federer or Nadal, "global away" has become his exclusive word.

Data map: Djokovic in the game

At the Australian Open that ended not long ago, in a game with Fritz, injured Djokovic applied for a medical timeout while leading, but this caused the fans to boo.

Even after Djokovic announced the details of the muscle torn, but the voice of questioning his fraudulent injury is still in the ears.

Its coach Ivanisevic also bombarded the media for this, arguing that only Djokovic would suffer such unfair treatment.

The reality seems to be as Djokovic said, his mistakes may be harder to forgive than others.

This is naturally the result of a combination of many factors. Djokovic is not perfect, but some of his comments and evaluations are really too extreme.

The relationship between "Djokovic is great" and "Federer and Nadal are great" is not a "rival" facing each other across the net. It was not before, and it will not be in the future.

Instead of being on opposite sides, they set off each other, and together they wrote this fascinating story of men’s tennis.

Different people and different angles have different definitions of "greatness", and the labels on each legend are different.

Some people are obsessed with Federer's calm and elegant, some prefer Nadal's tenacity and tenacity, and some like Djokovic's open personality.

Perhaps the latter's sound waves are not as good as the former, but "greatness" is not a balanced game of one trade and another. After all, sports competitions are only wonderful when there are opponents.

Just like Federer, who once enjoyed the two great records of the number of Grand Slams and the number of the first week in the world, said, I hope Djokovic and Nadal will continue to move forward, I hope they can finally get everything they want, and I hope they will not stay. Regret.

The "Big Three" have elevated tennis to new heights, and discussions about them have become unique business cards of this era.

The competition is unfinished. If you can't appreciate it, you will live up to this gripping story and this era of hardship.