Trauli gives Ajman a "bright spot" in the league

Ajman's hopes of staying in the professional football league revived, as it snatched a win-win draw from home Al Wahda 3-3, after he was trailing by two goals 13 minutes before the end of the match. Ajman first and second goals 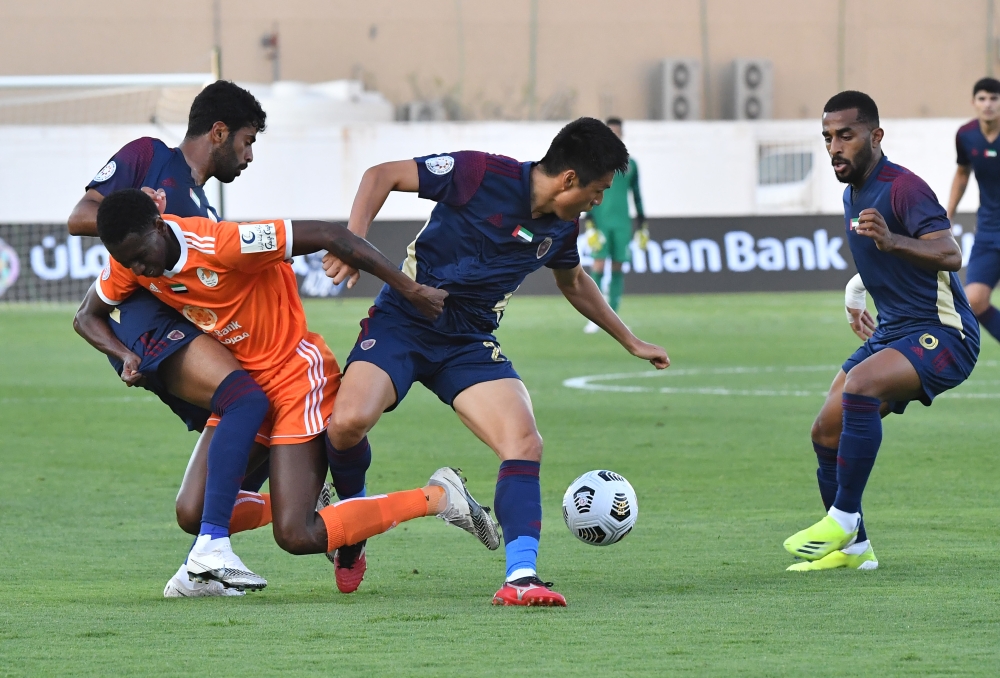 Trauli gives Ajman a "bright spot" in the league

Ajman's hopes of remaining in the professional football league were revived, as it snatched a win-win draw from its home side Al Wahda 3-3, after it was trailed by two goals 13 minutes before the end of the match.

The Gambian Abu Bakr Traouli was the first champion of the match, after he scored the first and second goals of Ajman and was able to culminate in his effort with the equalizer.

The visiting team advanced through Ismail Matar, who scored the first goal of the match, "6", before the defender, Abdullah Saleh equalized for the owners of the land, "31", then the Slovenian, Matavz, came again to the unit, "43", to end the game The first is upon that result.

The Syrian, Omar Khribin, managed to widen the difference in favor of their Excellencies "63", but Ajman rose up after that and managed to score two goals through Mario Gardel from a penalty kick, "77", and Abu Bakr Traouli tied seven minutes before the end of the match. Ajman has a score of 10 points in the penultimate place without change, equal to Fujairah, who outperforms by goal difference, while Al-Wehda raised its score to 29 points in seventh place.