On Sunday evening, the Netherlands won gold for both men and women on the 4x400 meters at the European Indoor Championships in Torun. This concluded a very successful tournament for the Dutch athletes. 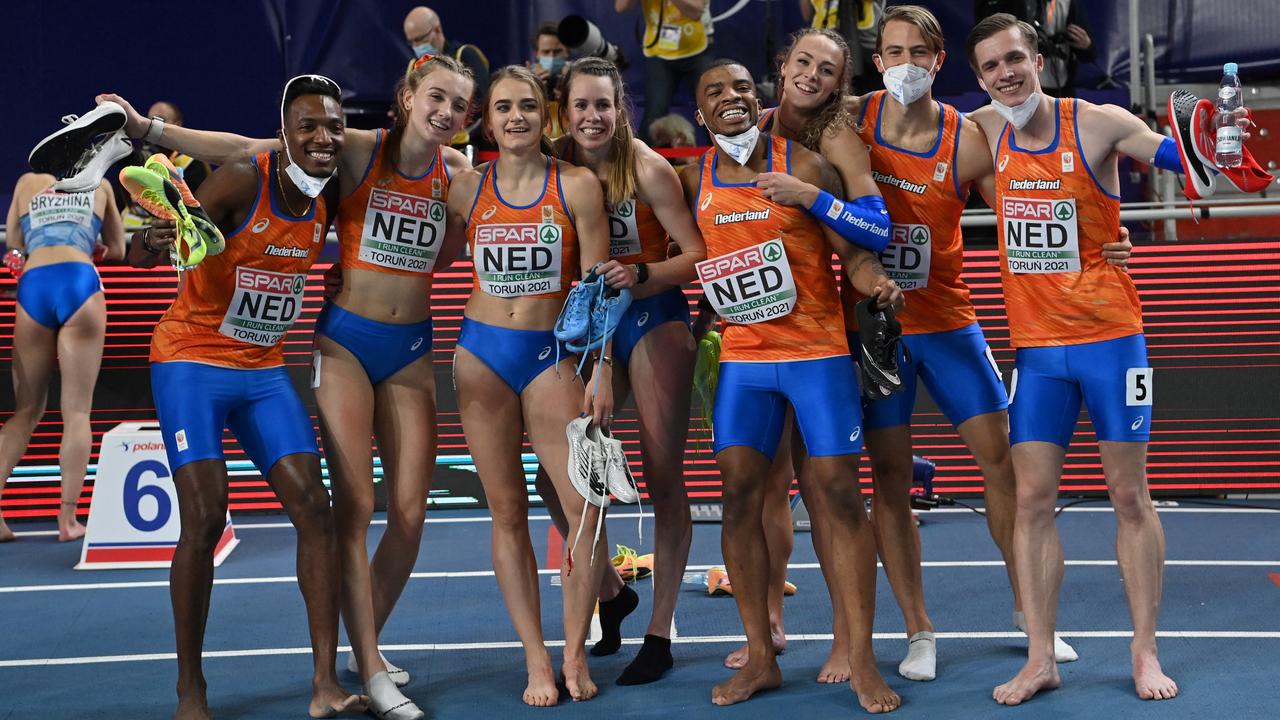 On Sunday evening, the Netherlands won gold for both men and women on the 4x400 meters at the European Indoor Championships in Torun.

This concluded a very successful tournament for the Dutch athletes.

Earlier in the day, Jamile Samuel took surprising bronze in the 60 meters and Nadine Visser became European champion in the 60 meter hurdles, meaning that the Orange team closed the tournament with seven slices (four gold, one silver and two bronze).

With that, the Netherlands ends the tournament at the top of the medal table.

Subsequently, the Netherlands also struck with women, mainly thanks to Femke Bol.

On Saturday, Van Diepen (silver) and Bonevacia (bronze) individually won a medal in the 400 meters in Torun.

Photos of the golden race of the Dutch men

The Dutch women also started as a favorite in the 4x400 meters and they also did what was expected.

Klaver, who finished fifth in the 400 meters on Saturday, started strongly as the first runner, but Dopheide had a hard time, so that the Netherlands fell back to fourth place.

De Witte closed the gap to Great Britain, where Bol showed that she is currently the best 400 meter runner in Europe.

She passed the British Jessie Knight and grabbed the gold by force majeure.

It is the second European title for the 21-year-old Bol, who won the 400 meters on Saturday.

Photos of the golden race of the Dutch women

Samuel surprises with a good start

Samuel won a bronze medal in the 60 meters mainly thanks to a good start.

She continued well and finished in a time of 7.22.

The silver went to the Finnish Lotta Kemppinen, who got the same time after her name as Samuel, but was faster by a thousandths.

Swiss Ajla Del Ponte won the gold in the best time of the year: 7.03.

The Amsterdamse is actually a specialist in the 200 meters, the distance on which she took bronze in 2018 at the European Outdoor Championships in Berlin.

Since then she has been struggling with injuries and trainer Bart Bennema ended the cooperation and blamed her wrong behavior.

Under coach Sven Ootjers she found her way up again with the European Championship bronze in Torun as a result.

After the race, Samuel wept for joy.

Jamile Samuel cried for joy after her bronze race.

Jamile Samuel cried for joy after her bronze race.

No medals for Taam, Vloon and Smet

On Sunday, on the final day of the tournament, there were also Dutch athletes who did not take a medal.

Rik Taam finished fourth in the heptathlon, while Pieter Braun ended the fight prematurely due to physical problems.

Pole vault jumper Menno Vloon, who almost hit 6 meters a week ago and improved the Dutch record by 15 centimeters to 5.96, was not involved in the final.

He reached 5.70 and that was good for fifth place.

The Swede went over 6.05 meters in his second attempt and was much better than the competition.

Koen Smet finished seventh in the final of the 60 meter hurdles.

The eleven-time Dutch champion (including outdoor) recorded a time of 7.73 seconds, which was above his personal record of 7.65.

See also: Visser after gold at 60 meters hurdles: 'These races feel the easiest'