Chinanews.com client on March 5th, when the solar terms were stung, the temperature rebounded and everything sprouted. In the next two days of leisure time, while you are walking outdoors and feeling the rhythm of the seasons, you will also be able to accompany you with exciting sports events. The following timetable is available for sports fans to reasonably arrange weekend watching plans (all 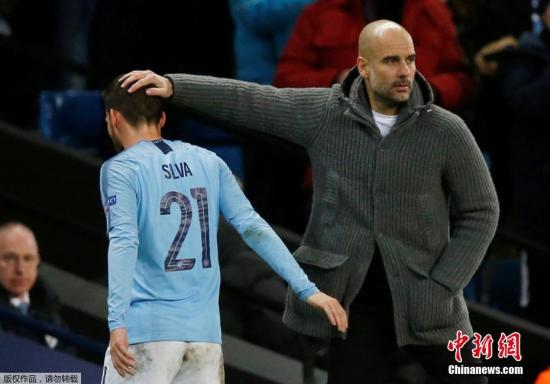 Chinanews.com client on March 5th, when the solar terms were stung, the temperature rebounded and everything sprouted.

In the next two days of leisure time, while you are walking outdoors and feeling the rhythm of the seasons, you will also be able to accompany you with exciting sports events.

The five major European football leagues have entered the post-season one-third of the stage, and the championship competition has gradually entered a fierce battle.

In the Premier League, with a 15-game winning streak, Manchester City has accumulated 14 points to lead the pack. This weekend they will usher in the challenge of the same city team-Manchester United.

In addition to the regular highlights of the "Manchester City Derby", the contest between the top and second in the standings will also determine the ultimate direction of the championship.

The derby drama will also be staged in La Liga, this round of the game Real Madrid is about to face its rivals Atletico Madrid.

As the so-called two strong fight, there must be an injury, this round of opponents in the league mid-lower team Osasuna's Barcelona, ​​naturally happy to see two rivals fighting.

Wu Lei hopes to make consecutive appearances in the league.

In the last round of the game, the Spaniard drew with Sporting Gijon away, 4 points behind Majorca, the leader of La Liga, and ranked second.

Chinese player Wu Lei has played for the first time in nearly four rounds, which is undoubtedly a positive signal for him.

It can be seen from the weekly diary that Wu Lei did not sink because of the current situation. The current team is also in a low period, and Wu Lei needs to be able to recover in a timely manner to provide assistance.

6th at 04:00 on the 28th round of the Spanish Second Division-Oviedo

The performance of the Hungarian men's team in the Beijing Winter Olympics cycle is still strong.

As the last short track World Championships of the Beijing Winter Olympics cycle, the two traditional short track speed skating teams, South Korea and China, were affected by the epidemic and did not appear on the entry list, which also led to the competition level of this competition. Decline.

However, since entering the Beijing Winter Olympics cycle, short track speed skating has evolved from the previous Sino-Korea confrontation to multinational competition.

With the continued strong performance of the Hungarian men's team, Russia has become quite competitive in the middle and long distance events.

On the women's side, under the leadership of Olympic champion Schulting, the Dutch team's strength is still not to be underestimated.

The third stage of this season's CBA is about to usher in the first weekend after the start of the game. After five days of fighting, the competition in the middle of the standings is even more stalemate.

Nearly 10 teams, including Zhejiang Guangsha, Mountain East and West King, Beijing Shougang and Jilin, have a difference of just one win before and after. Therefore, any carelessness may lead to a sharp drop in their rankings or even a playoff sequence. .

Who can snipe the top seed Zhang Benzhihe in this tournament?

The WTT Challenge is one of the core events of the WTT series. Participating athletes can get world ranking points and enter the WTT Championship and Grand Slam tournaments under the new event structure.

The WTT Challenge is divided into the WTT Regular Challenge and the WTT Star Challenge. The regular challenge allows up to two top 20 players in the world to participate, and each association is limited to 4 players to participate in singles matches.

Due to the impact of the new crown epidemic, the Chinese table tennis team withdrew from the two matches of the WTT Middle East tournament held in Doha, Qatar.

The match between Japanese star Zhang Bentomo, world champion Ocharov and Chinese Taipei player Lin Yunru in the men's singles are quite interesting.

In the women's singles arena, due to the premature exit of Ishikawa and Heino Miu, who can play the role of sniper No. 1 seed Mima Ito has become the biggest suspense.

The second leg of the Chinese Swimming Championship has started in Zhaoqing, Guangdong.

This competition is the same as the first stop at Shijiazhuang at the beginning of the year. It will continue to bid for the Tokyo Olympic swimming competition schedule, that is, the evening preliminaries and the morning finals.

The contestants are also the top 16 in each individual event of the 2020 National Swimming Championships, and they are not small.