The Dubai women's tennis draw in the “Majlis” hall today

This afternoon, the official draw ceremony for the "Dubai Duty Free" women's tennis tournament is taking place in its 21st edition, with a total prize fund of $ 1.8 million, which is classified in the category of 1000 points, through a press conference held in the "Majlis" hall in the "Dubai Duty Free" stadium. At the bird club 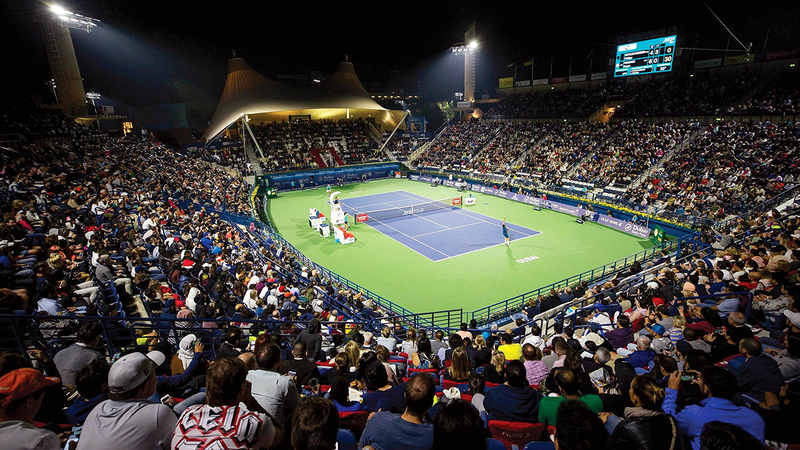 The kick-off of the 21st edition tomorrow

The Dubai women's tennis draw in the “Majlis” hall today

The "Dubai Duty Free" stadium at the Aviation Club in Dubai is preparing for the 21st edition of the Women's Championship.

This afternoon, the official draw ceremony for the "Dubai Duty Free" women's tennis tournament is taking place in its 21st edition, with a total prize fund of $ 1.8 million, which is classified in the category of 1000 points, through a press conference held in the "Majlis" hall in the "Dubai Duty Free" stadium. Flying Club in Dubai.

The tournament, owned and organized by the Dubai Duty Free, is held under the patronage of His Highness Sheikh Mohammed bin Rashid Al Maktoum, Vice President and Prime Minister of the UAE and Ruler of Dubai.

The lottery will be drawn in the presence of a number of tournament officials and the International Association of Professional Women Tennis, in addition to a number of tennis stars competing for the title of the current edition that is held during the period from tomorrow and continues until March 13, in which four of the top 10 global rankings and 12 of the top 20 will participate in it. The world, led by the "Dubai Tennis" champion for the years 2017 and 2018, the Ukrainian Lina Svitolina, ranked sixth in the world, seeking to write a new chapter, winning her third title historically in the tournament, and the equation of the achievement of the American Venus Williams, who won the titles of the years (2009-2010-2014) and is preparing The second most player to win the title, after the Belgian Justin Henin, who won the four titles (2003-2004-2006-2007).

The list of participating players is full of names who have previously won in Dubai, the size of the 2013 Czech champion Petra Kvitova, ranked 10th in the world, and the 12th-ranked Swiss Belinda Bencic, who has already won the 2019 edition.

Tunisian Anas Jaber, ranked 31 in the world, returns to the Dubai Championship, as part of her quest to fight top stars, and to win the championship title that will give her a strong push in achieving her goals for the year 2021 and entering the list of the top 10 in the world.

Arab hopes also depend on the Egyptian ranked 114th world, Mayar Sherif, who received an invitation card from the Supreme Organizing Committee, in light of the strong levels that Mayar presented at the beginning of the year 2021, and the achievement of unprecedented achievements, after she became the first Egyptian tennis player to participate last month. In the main table of the Australian Open, the first of the four major tournaments of the current season, and the first Egyptian victory in the major "Grand Slam" tournaments in 44 years, by winning in the first round of the Australian Championship over French Chloe Paquet by two groups without a response «7-5-7-5 », Before bidding farewell to the competitions by losing to the number 104 in the world, Slovenian Kaga Jovan by two groups for one group, in a match that saw Mayar win the first group" 6-3 ", before Jovan won again in the second and third groups" 7-6 and 6-2 ".

championship witnesses the participation of four of the world's top 10 players.