Without Russians, but with young stars: what is interesting about the winter European Championships in Athletics in Poland

The European Athletics Indoor Championships will be held in Poland from 4 to 7 March. Russian athletes will miss it, since the issue of granting them the status of neutral athletes will be considered only in the middle of March. In their absence, young talents promise to become the main stars of the forum: world pole vaulting record holder Armand Duplantis, long jumper Larissa Yapikino, who rewrote the U-20 world record, and Yaroslava Maguchikh, the only high jumper who conquered the mark of two in 2021 meters. 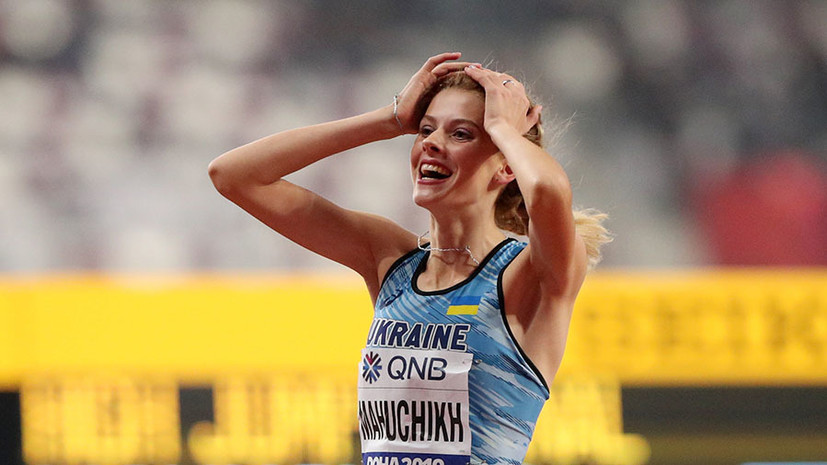 The European Indoor Athletics Championships will take place from 4 to 7 March in the city of Torun in northern Poland.

These events will be the most important for the continent's top athletes at the start of the year as the coronavirus has disrupted the traditional winter calendar.

This is confirmed by the number of participants.

A day before the start of the competition, 733 people appear in the applications, which is almost a hundred more than in the protocols of Glasgow-2019, the previous similar tournament.

The leaders of the world season and the reigning champions of Europe will enter the sectors and tracks.

Nine athletes with world leading marks will be competing in # Torun2021!

In addition, the desire to meet the Olympic standards and get tickets to Tokyo motivates those who did not have the second half of 2020.

Indeed, in the future, there will be little opportunities to win licenses - there is almost no time left until Tokyo and the tournaments that open the way there.

That is why it makes sense to give all the best here and now, so that spring and summer in a calm mode can be devoted to preparing for the Olympics.

Unlike the 2019 World Cup in Doha, there will be no Russian representatives in Torun.

Before the start of the tournament, they did not manage to get a neutral status, in which they played at the stages of the Diamond League, various commercial tournaments and global starts.

However, the delay was not the fault of the athletes.

The International Association of Athletics Federations (World Athletics) has scheduled a hearing on the issue of the Russians for only the middle of the month.

Therefore, all domestic athletes representing the national team finished the winter season ahead of schedule.

And this despite the excellent form that they have shown in domestic competitions.

Obviously, the European Championship will also lose from this, because the level of competition without Angelica Sidorova, Maria Lasitskene, Ilya Ivanyuk, Polina Miller, Ilya Shkurenev and many others will significantly decrease.

Yes, and principled duels in Poland will not be counted.

In addition to the Russians, a number of star athletes have not yet arrived in Poland.

The main reason is injuries or their consequences, which did not allow to gain optimal shape.

Elliot Giles, a British 800-meter runner, chose not to break the training system with starts in order to reach the peak of his form in Tokyo.

For the sake of the Olympics, his compatriots Laura Muir and Dinah Asher-Smith decided not to interrupt the preparation routine.

However, a number of athletes were prevented from leaving for Torun by uncommon reasons.

Prodigy Pole Prodigy from Russia Matvey Volkov, who set the U-18 world record in winter, was preparing to debut at the top tournament under the flag of Belarus.

However, he did not manage to resolve issues with citizenship and was left without rivalry with Armand Duplantis.

Also, the public will not see on the track the Norwegian Karsten Warholm, the Swiss Mujinga Kambuji, the Dutch Daphne Schippers and the British Esha Philips.

However, the biggest loss will come in the women's 3000m race, where none of the top 4 European rankings have expressed a desire to compete in Poland, including leader Sifan Hassan.

However, even without a number of recognized leaders, Torun stadium will have someone to look at.

For example, the world-record Swedish phenomenon Duplantis intends to extend the phenomenal streak.

At four starts out of five in 2021, he conquered the bar at the six-meter mark, and last week in Belgrade flew 6 meters 10 centimeters.

Ukrainian Yaroslava Maguchikh recently won everything that is possible in juniors, and today, in the absence of Lasitskene, she is going to Torun as the leader of the world season.

Only two centimeters is not enough for the girl to reach the 2006 Kaisa Bergqvist world record.

Everyone expects the height jumper to conquer the 2.08 bar - and they have good reason to do so.

After all, only Yaroslava conquered the two-meter mark among all those announced at the European Championship in 2021.

Interesting is the exit to the sector and the long jumper Larissa Yapikino.

Two weeks ago, the 18-year-old Italian flew 6.91, thereby breaking the national record set by her mother, Fiona May.

At the same time, the European, and part-time world achievement in the U-20 category was updated, which has not changed since the days of Heike Drexler and 1983.

It is still impossible to understand what it was - a one-time outbreak or the birth of a new star.

And the upcoming tournament should at least clarify the situation a little.

Keely Hodgkinson is also expected to confirm her ambitions.

The British, at the age of 18, has set the European and world achievement U-20 indoors.

This allows her in the starting application for the European Championship to have an advantage of almost a second over everyone who also entered the tournament at a distance of 800 m. set a national record).

Experts suggest that Hodgkinson's recession was deliberately provoked so that she performed at its maximum in Poland.

And they strongly recommend that you closely monitor the young athlete.

Finally, the start at home promises the triumph of Eve Svoboda.

Two years ago, she won gold in Glasgow at the age of 19.

Now the polka has become more experienced and pragmatic.

In addition, many strong competitors are missing on the track.

Therefore, at a distance of 60 meters, the athlete has every chance to fly to the finish line with record performance.