Athletes were surprised at the length of time Al Wasl went through without achieving any local championships, which reached 14 years, and said that the team, with its technical, human and material capabilities, is able to return to competing for the championships in the next season, and they stressed in their speech to "Emirates Today." " On 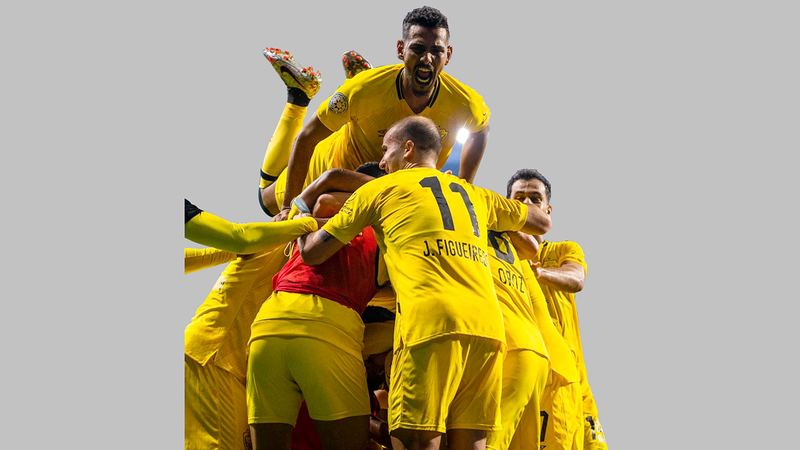 Athletes were surprised at the length of time Al Wasl went through without achieving any local championships, which reached 14 years, and said that the team, with its technical, human and material capabilities, is able to return to competing for the championships in the next season, and they stressed in their speech to "Emirates Today." “However, what the“ emperor ”is going through is not a normal thing, and they set three steps to end the suffering of Al Wasl over the past 14 years without winning championships at the local level.

Al-Wasl went out of the current season of the race for all titles, as it bid farewell, last Tuesday, to the Arab Gulf Cup from the Round of Four after losing by Al-Ahly Youth, then before it in the President's Cup, as well as far away from the struggle over the Arab Gulf League shield.

They said that the management of Al Wasl Football Company has taken a very important step by dispensing with the services of the Romanian coach, Laurent Regicamp, and its contract with the Brazilian coach, Oder Hillman, stressing that the team’s performance has improved significantly, and the same is true for the results.

For his part, the former director of Al-Wasl football team and sports analyst, Badr Hareb, confirmed that the past period witnessed a great development in the performance of the "emperor", after contracting with the Brazilian coach Oder Hillman, indicating: “It was a good thing to keep all the players on the team’s list. During the winter transfer period, in order to give them a full opportunity during the second half of the season.

He added, "The coach has an important opportunity to try out all the players and determine the team’s needs in the next season, especially since Al Wasl will play eight matches in the league, and I see that despite the difficulties that Hillman faced in the last period, he was able to improve the team’s level in general."

He continued: "The past matches witnessed failure to pay a fixed line-up due to absences and injuries, and I believe that the remainder of the season should be an opportunity to determine the team's needs in the next season."

For his part, former Al Wasl player and sports analyst, Fahd Abdul Rahman, said that the team needs many changes, explaining: “I think that the most important step is to dispense with the four foreign players, and the same is true for the resident players, especially since they did not make any significant addition to the team,” It is better to search for the players that the team needs, and who are able to provide the required addition.

He added: “I hope that coach Hillman will rely on the national players, and that players from the reserve team will be escalated, while foreign players are not involved, especially as they present weak levels, and the best for the team gives the opportunity for young players to gain the necessary experience to participate mainly in the season. Next ».

He explained: “Coach Hillman must be given full authority in determining the team’s needs, and that the necessary tools be provided to help him succeed with Al Wasl, while I see that the technical staff may need to change the medical staff, especially with the recurrence of players’ injuries in the past period. ”

On the other hand, the former Al-Jazeera player and sports analyst, Rakan Al-Ajami, said that Al Wasl’s absence from winning the championships is not a natural thing, indicating: “Al Wasl is one of the most prominent clubs in the country that has a long history and has a large fan base, so there is no doubt that Al Wasl did not win any A local title for 14 years does not befit the name and history of the club.

He pointed out that Al Wasl needs to continue working, building on what the team has reached with the Brazilian coach, Oder Hillman, and said: “I see that the team’s performance has improved significantly compared to what the players themselves showed with the Romanian coach, Laurent Regicamp, so it is necessary to benefit from the development. What happened to the players, and to continue work to strengthen the team ranks with new players next season, who will make the difference positively.

He concluded by saying: “Al Wasl is able to return to competing for the championships, through some modifications and contracts, especially since the“ Emperor ”is no less than the teams that compete for titles, and it also includes at the present time many distinguished players who form the main strength with the new contracts. Next season ».

- Dispensing with foreign and resident players, and searching for players who provide the required addition.

- The experience of all the players on the team roster during the League matches.

The Brazilian coach, Helman, was given the full powers to prepare the team for the next season.

Team numbers in the last 14 years

The double league and the historic President's Cup in 2007, is Al Wasl’s last domestic title.

- The team won the 2010 Gulf Clubs Championship as the last title for the team.

- 25 coaches have coached the "Panthers" since the last local title, and did not achieve anything for the team.