Star bang for the master Edsbyn

The favorite team held three of four matches when the bandy's quarterfinals began tonight. But the reigning champion team Edsbyn went on a real starburst and lost at home against Vänersborg with 8-3. 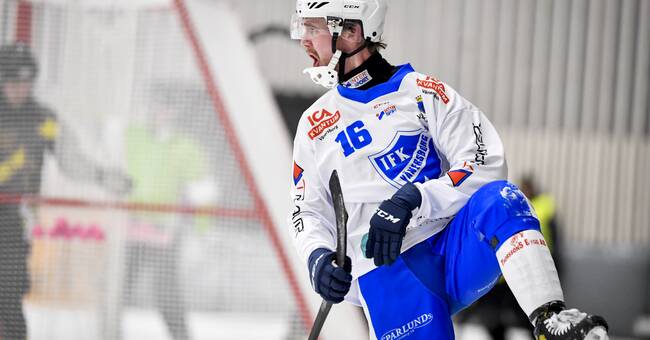 - We get counters a lot and punish them severely, says Vänersborg's Adam Herou Löf to Aftonbladet.

He praises the attitude that underdog in the quarterfinals over five matches.

- We dare to go on the attack throughout the match and do not coward out their pressure, Herou Löf continues.

In the end, it was rejected and several of Edbyn's important teeth rested.

When Oskar Wikblad pulled in the reduction 3-7 with ten minutes left, he did not even cheer and showed what mood the team was in.

In the same minute, Niklas Holopainen came forward and in a free position he powdered in the final 8-3, one of his three goals tonight.

Edsbyn had a hard time cultivating the dense Vänersborg defense and was directed towards the corner flag and the sides.

"The village" won the corner statistics 12-6.

- I think we played well in the beginning and all of a sudden it was 0-3.

I do not know where it came from, says Edsbyn's Rasmus Skarps who believes in a quick revenge on Friday away.

- We have it in us and chase these if we want, says Skarps.