Memphis helps Lyon with an assist in the lead, losing points for Leicester

Memphis Depay contributed with an assist to Olympique Lyon's 1-0 victory at Stade Rennes. In England, Leicester City ran into a loss of points on Wednesday evening. 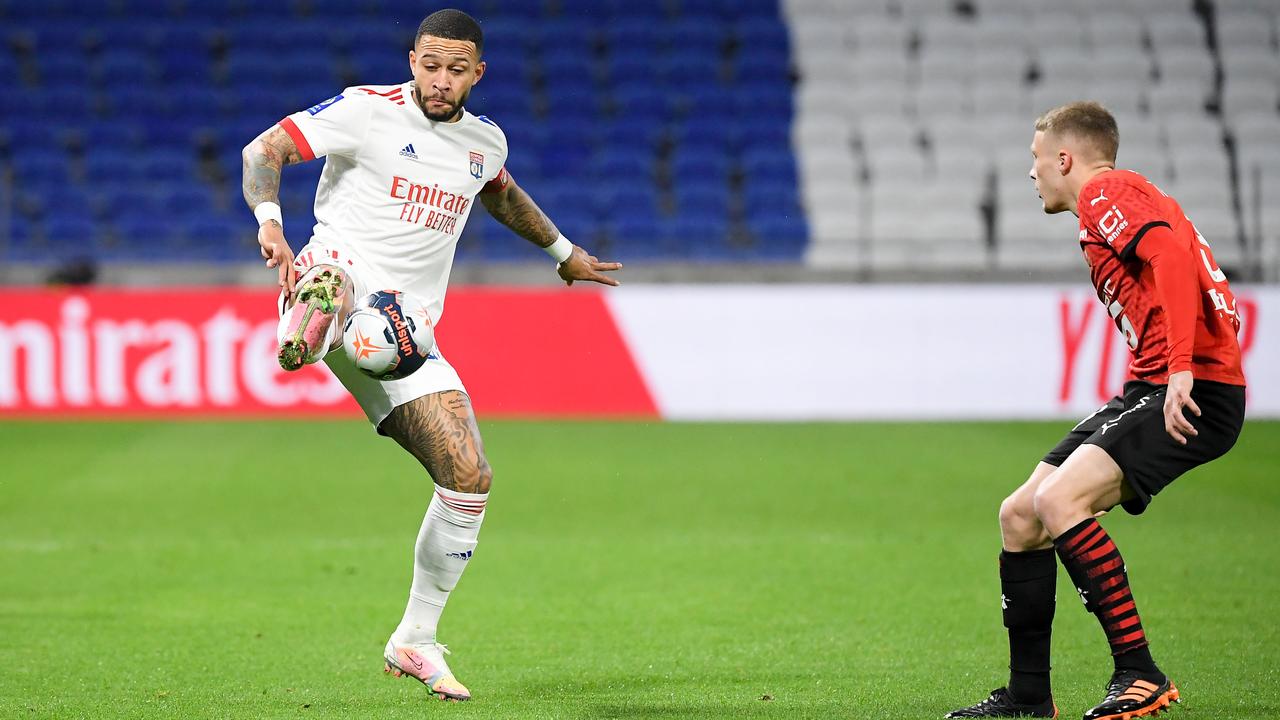 Memphis Depay contributed with an assist to Olympique Lyon's 1-0 victory at Stade Rennes.

In England, Leicester City ran into a loss of points on Wednesday evening.

Lyon struggled with Rennes for a long time, but in the 74th minute Memphis led in the winning goal.

The Orange international pushed on well and captured the ball in the penalty area of ​​Rennes.

With a sliding, the striker delivered the ball to teammate Houssem Aouar, who scored with an inticker.

The Memphis team could use the victory on character, because Lyon is not in great shape.

Only one of the previous three league matches was won.

Due to the tight home win, Lyon is at least in the lead for a few hours in the Ligue 1. Lille and Paris Saint-Germain can come alongside later on Wednesday.

Those teams will compete against Olympique Marseille and Girondins de Bordeaux respectively.

View the stand, the program and the results in the Ligue 1

Leicester does not know how to win at Burnley

Leicester City, as number three in the Premier League, had a bad day visiting Burnley: 1-1.

Matej Vydra scored early for the home team and Kelechi Iheanacho signed for the equalizer before half time.

Even after the break, the game was nicely balanced, although Leicester got the biggest chance through Youri Tielemans.

Erik Pieters stayed on the bench with Burnley.

The bottom of the league Sheffield United booked their fourth victory of the season against Aston Villa: 1-0.

David McGoldrick made the only goal after half an hour.

Shortly after the break, Sheffield defender Phil Jagielka got red after the intervention of the VAR, after he floored the broken Anwar El Ghazi.

With one man more, Aston Villa was unable to score.

From 9.15 p.m. Crystal Palace and Manchester United will still play against each other.

View the position, the program and the results in the Premier League