Sports games in the Emirates (individual and collective) are characterized by the name “family” par excellence, in light of the growing phenomenon of many siblings practicing the same game, especially those who followed in the footsteps of fathers, and inherited these games away from football stardom, the first popular game in the country. 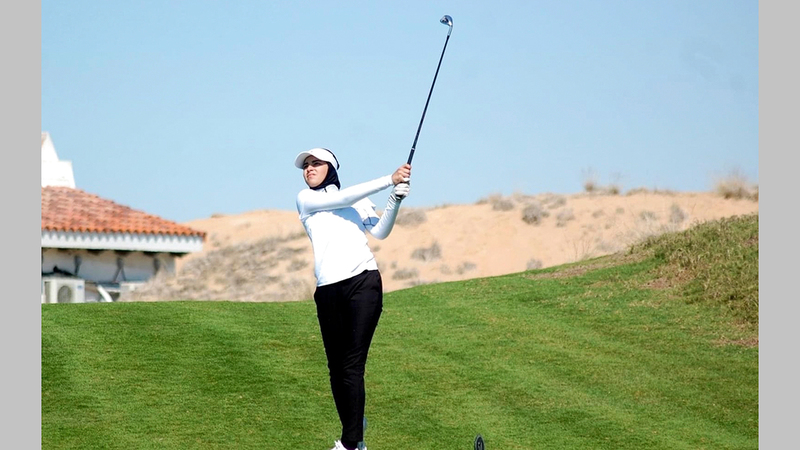 They followed in the footsteps of the first generation ... and 40 of them are currently on the lists of national teams

Sports games in the Emirates (individual and collective) are characterized by the name “family” par excellence, in light of the growing phenomenon of many siblings practicing the same game, especially those who followed in the footsteps of fathers, and inherited these games away from the stardom of football, the first popular game in the country, of whom 80 emerged A brother in golf, basketball and karate, including 40 male and female athletes in the current lists of the national teams.

"Golf" alone has the advantage of attracting many siblings over the past two decades through 17 citizen families, represented by 39 brothers and sisters who follow in the footsteps of their fathers, and 24 of them represent the country’s national teams in all its Sunni stages.

Among the most prominent families in "golf" are: Al-Mashrakh, Sakik, Al-Hilu, Al-Emadi, Al-Jasmi, Al-Mazmi, and Al-Qubaisi, and they have achieved remarkable achievements, especially in the Gulf and Arab championships.

The same is true in the karate game, which featured six brothers on the list of the current teams, who have succeeded in reaping achievements on the regional and continental arenas, they are: Fatima, Suhail Khasif, Abdulaziz and Sarah Al-Ameri, and Salwa Mansour Al-Mansouri.

Basketball also appears as a family game par excellence, with the presence of 35 siblings, 20 of whom are in men's clubs alone, led by the Khamis family, the most represented, with eight siblings distributed between Sharjah, Al Wasl, Bani Yas and Al Dhafra clubs, while Al Ahly and Al Wasl are currently the largest of the siblings. From one family, the trio Muhammad, Ahmed and Hamid Abd al-Latif, who followed in the footsteps of their father, Abd al-Latif, stood out in the glory of youth at the level of Al-Ahly youth, and represented the national teams.

The player of Sharjah and the national team, Younes Khamis, told "Emirates Today": “Walking in the footsteps of the first generation of the golden generations of the Emirates basket, was behind encouraging children to follow in the footsteps of their fathers and practice basketball, especially since I come from a family that includes seven brothers beside me who practice basketball. : Ahmed, Omar, Khalil and Ali who play in Al Wasl, Talal and Salem in Bani Yas, and Adel in Al Dhafra ».

He continued: “The presence of competition in the same house is a positive and encouraging thing for the involvement of the rest of the brothers. Besides the competition that brings me together with my brothers, Sharjah also includes the national playmaker Khalifa Mubarak, who competes in the league alongside his brother Salah, the player of the Shabab Al-Ahly team, next to his brother Khaled and Abdulaziz in Al Wasl. The same applies to the two brothers and the two stars, Talal Salem, the Al-Ahly youth player, and his brother Rashid, the Al-Nasr player.

Al Zarouni: Privacy and the Union programs behind the phenomenon of the "golf" siblings

Vice President of the Golf Association, Adel Al Zarouni, said, “The privacy enjoyed by the game of golf through the ability of families to find the appropriate timing for them to conduct their training, in addition to the widespread and cultural green spaces that the state clubs are famous for, was behind the success of 17 families in attracting the attention of their children. Attracting them to the inheritance of this game, which was integrated with the efforts of the Game Federation in several aspects, resulted in the presentation of 39 brothers and sisters who compete continuously to represent the national teams and reap sporting achievements.

Al-Zarouni added to Emirates Today: “The success of the Game Federation over many years in building a relationship of trust, especially in terms of privacy in training and camps, was behind the attraction of many families who had not previously played the game, in pushing their children to join the pioneering national program. For the Special Union for Discovery of Emerging Talents ».

He continued: “Many of them have now become a difficult number in the Gulf and Arab arenas, especially Rima Al-Hilu, who was crowned in 2014 the Mohammed bin Rashid Award for Sports Creativity, and who, accompanied by her brother Obaid, achieved many achievements. Al-Jasmi, who represent the national youth teams, girls and boys, and other names.

Zaabi: Karate is a family game

He told "Emirates Today": “The family’s sports culture is a cornerstone in encouraging children to practice sports. Achievements come as an inspiring factor in the transmission of this sport between siblings, or even for the inheritance of the sport itself between parents and children, especially since karate can be practiced and trained in Club halls, or the home alike ».

He explained, "I train my three daughters in the yard of the house, Reem (12 years old), Rawda (eight years old) and Alia (five years old), and I expect them to quickly join the game."

He added: “This privacy is behind the presence of six brothers currently on the lists of national teams, starting with Suhail and Fatima Khasif, who had previously inferred the UAE in the 2017 Youth World Cup, before Fatima became the first Emirati to register her presence in the Youth Olympiad in Argentina, and then achieved the 2019 Asian Gold. The same applies to Abdulaziz and Sarah Al-Ameri, along with the two brothers Salwa and Mansour Al-Mansouri, who have achieved remarkable achievements in Arab and regional championships.

• 20 siblings are currently in basketball clubs, six are in karate national teams, and 24 are in various golf teams.