March prepares "Al-Zaeem" for the most important meeting of the season ... with the slogan "Eye on Asia"

Al Ain's confrontations during the month of March, during which Al Wasl, Al Wahda, Bani Yas and Ajman, respectively, in the Arab Gulf Football League competition, will be a good opportunity to prepare "Al-Zaeem" for the most important match remaining in his current season, which he will bring together with the Foolad Khuzestan team. 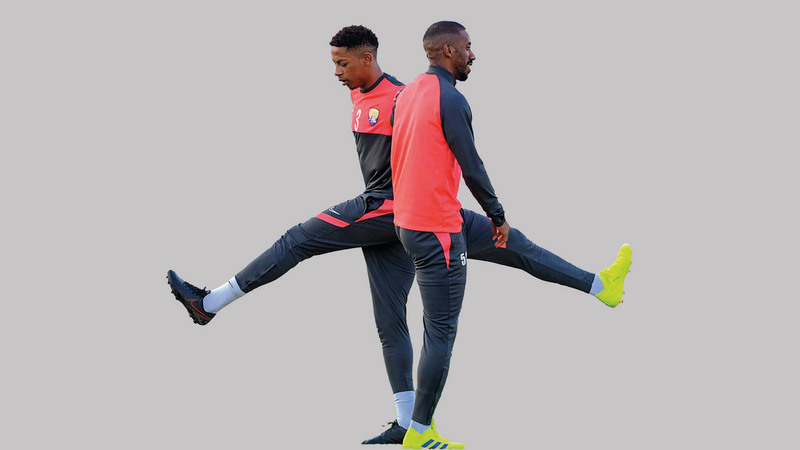 March prepares "Al-Zaeem" for the most important meeting of the season ... with the slogan "Eye on Asia"

Al Ain's confrontations this March, during which Al Wasl, Al Wahda, Bani Yas and Ajman, respectively, in the Gulf Arab League Football League competition will be a good opportunity to prepare "Al Zaeem" for the most important match remaining in his current season, which he will bring together with the Iranian team Foolad Khuzestan. , Scheduled for April 7, in the AFC Champions League preliminary round.

The draw for the competition, which was withdrawn at the end of last January via video technology, resulted in the "leader" facing the Iranian Foolad in the preliminary round, a match that, in the event of victory, would enable him to qualify directly for the fourth group to meet the Qatari Al-Sadd, Saudi Al-Nasr and Al-Wehdat clubs.

The "leader" is not going through its best conditions this season under the leadership of his Portuguese coach, Pedro Emmanuel, as the results remained volatile, which led to the team's decline in the league table, to currently occupy sixth place with 30 points, 10 points behind the leaders, Al Jazeera. After it was during the previous period to maintain the fourth place.

It is the first time that Al Ain will meet the Foolad Khuzestan team in history. On the other hand, "Al Zaeem" has a proven record against Iranian clubs, as he faced them 30 times, won nine meetings, tied in 14 matches, lost on only seven occasions, and scored 46 Goals, and conceded 37 goals.

During the current season, the team suffered a series of blows, starting with the wave of injuries that caused a number of players to leave the squad, such as striker Jamal Maarouf, Japanese Shoya Nakajima, and international Ismail Ahmed, while the team was forced to terminate the services of its Kazakh player Islam Khan by mutual consent, due to an accident. Steroids.

With the upcoming Asian deadline approaching, the team's ranks may witness a breakthrough in the injury crisis, as striker Jamal Maarouf is expected to return to group training, after recovering from the injury he suffered at the beginning of the season, and the player is currently waiting for the green light from the medical device to engage in exercises, After seeing the doctor during the past two days.

For his part, the player of the Al Ain team and the former national team, Jumah Khater, stressed that the coach of the team should also focus on the remaining matches in the Arab Gulf League, in order to improve his position in the ranking table, especially in light of the strong competition from most clubs with eight rounds remaining. Only on the end of the season.

Khater indicated to "Emirates Today" that the Al Wasl, Al Wahda, Baniyas and Ajman matches are a good opportunity for the coach to find out the potential of his team, and to provide the opportunity for the Emirati substitutes to prove their abilities.

He said, "The coach must be courageous, and provide an opportunity for distinguished national players, such as Khaled Al Balushi and Salem Abdullah, to equip them."

The former Al-Ain player expressed his concern about the inability of the "leader" to appear well in the Asian participation, and said: “I think that the Asian championship is a foregone conclusion for the team this season. We are not asking for much of the team, and we hope that the team will provide an honorable participation.” Just".

Al Ain collected a point in the league championship, 10 ahead of Al Jazira leaders.

- Striker Jamal Maarouf is expected to return to team training after recovering from the injury he suffered at the start of the season.