Boris Johnson is betting on a British WC 2030

Britain has not hosted the World Cup since 1966. Now Prime Minister Boris Johnson wants to see a World Cup in the British Isles in nine years. - We would very much like to bring home football in 2030, Johnson says to The Sun. 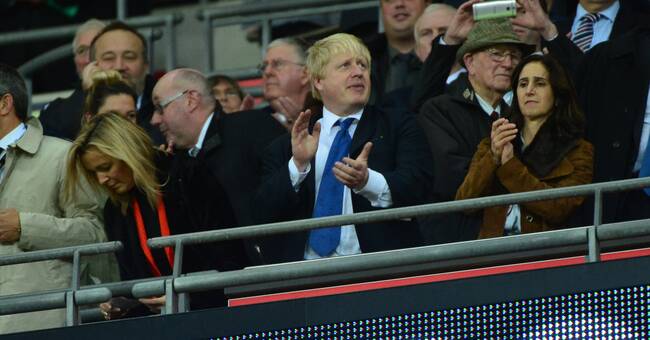 Since England won gold at Wembley in 1966, no World Cup has been played on British soil.

- I think it's the right place and the right time.

This is the home of football.

It will be a wonderful thing for our country, says Johnson.

Johnson says that the government has set aside 2.8 million pounds, equivalent to 33 million kronor, for the campaign for the World Cup to be held on British soil.

The sum must be included in the budget presented by the government on Tuesday.

Have applied for the World Cup before

The English FA announced as early as 2018 that they wanted to host the WC 2030. They had also previously applied for the WC 2006 and 2018, where the championships went to Germany and Russia respectively.

According to the Guardian, the campaign for 2018 cost just over SEK 220 million.

But ended disastrously according to The Sun.

The plan is for England, together with Scotland, Wales, Ireland and Northern Ireland, to host the World Cup together.

And Johnson's statement has already been welcomed by the five football associations.

- We want to see a football bonanza in the coming years, he says.

The British Sports Authority, UK Sport, is convinced that Fifa's new voting rules for the World Cup make it very likely that a British and Irish bid would succeed.

To persuade Uefa, Boris Johnson has a clear plan.

Johnson hopes to appease Uefa by informing them that England are ready to host more European Championship matches this summer.

The semi-finals and final are already being played here (at Wembley).

- If they want us to hold more matches, we are definitely ready for that.

But that is UEFA's decision, Johnson concludes.