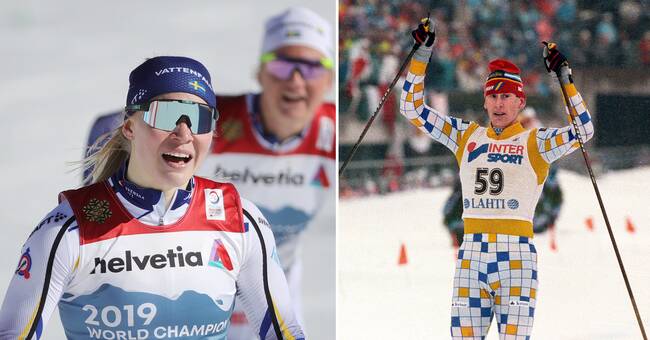 And she can become the Swedish of all time dominant at a long distance world championship.

Because there is only one Swede who managed to win three golds at a World Cup - Gunde Svan did it in 1989 in Lahti after wins in the five miles, 15 kilometers and relay.

26-year-old Sundling can be selected to drive in one of the three remaining races.

The main chance for success is in the relay on Thursday, March 4.

Sweden is the reigning champion and Sundling is undeniably relevant for one of the four distances.

- It's easier said than done.

It's great that I have really succeeded, it's great and it was not obvious that I would even get to go the sprint relay.

But right now the focus is on recovery and just trying to take in what has happened.

If I get to go more, it will only be a big bonus, says Jonna Sundling.

In the sprint she won in superior style before the Norwegian Maiken Caspersen Falla and the Slovenian Anamarija Lampic.

And in the sprint relay she won together with Maja Dahlqvist, where it was Sundling who sprinted home the gold in front of Switzerland.