Ligue 1: OM hangs OL during its new change of era

Olympique de Marseille drew a draw with Olympique Lyonnais (1-1), Sunday February 28, in the shock of the 27th day of Ligue 1. A sharing of points that comes in the midst of… 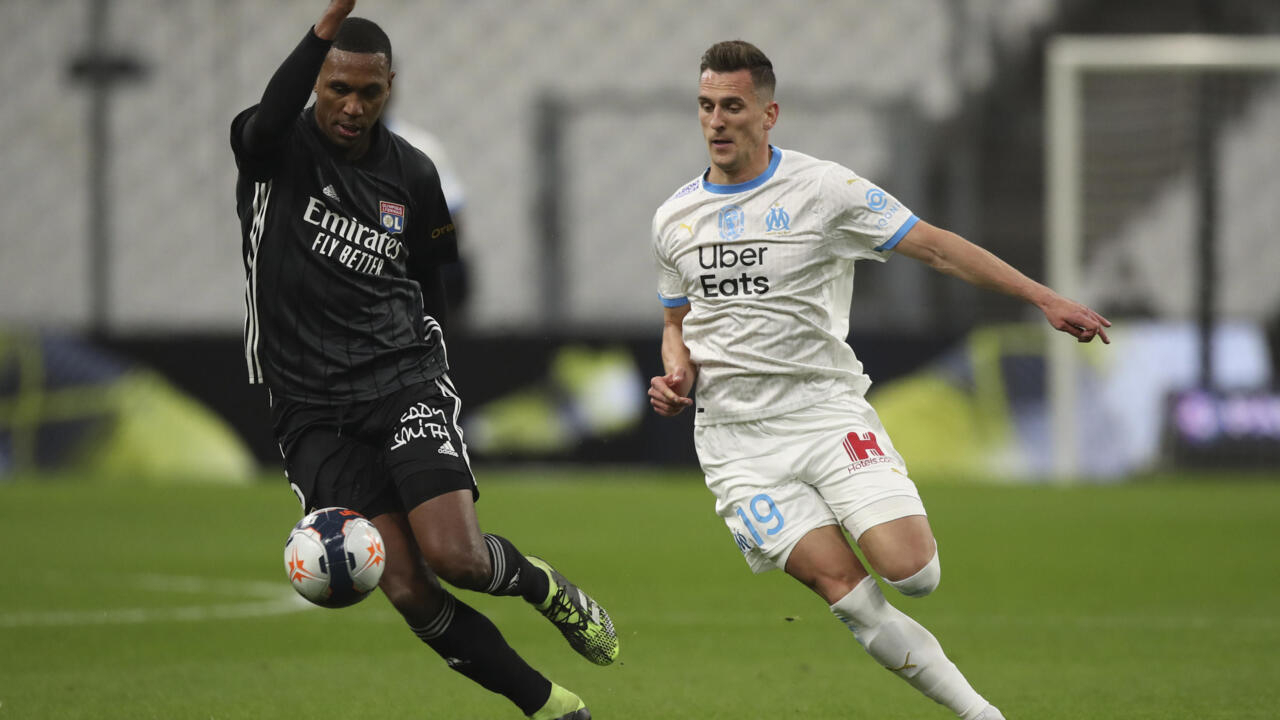 Ligue 1: OM hangs OL during its new change of era

Olympique de Marseille drew with Olympique Lyonnais (1-1), Sunday February 28, in the shock of the 27th day of Ligue 1. A sharing of points that comes in the midst of a transition period at the top of the Marseille club, with the arrival of a new president, Pablo Longoria, and a new coach, Jorge Sampaoli.

A draw to close 48 hours a little crazy.

At the Stade Vélodrome, Olympique de Marseille and Olympique Lyonnais remained back to back after their championship meeting.

Les Gones, launched in the title race, had to settle for a single point (1-1).

For the Ciel et Blancs, this is a third draw in their last four outings, and a first point for Pablo Longoria as president.

The Lyonnais struck the first in the lair of the Marseillais.

Dominating at the start of the match, the visitors opened the scoring thanks to Cameroonian Karl Toko-Ekambi, demarcated and lethal on this coiled shot without control (21st).

Abused, the Phocéens equalized before the break on a penalty awarded after the intervention of video assistance: the referee considered that Lucas Paqueta committed a hand fault in the area.

Despite the protests of the Lyon clan, Mr. Benoît Millot maintained his decision.

And Arkadiusz Milik, on his 28th birthday, equalized against Anthony Lopes (44th).

In the second half, the tension rose a notch between these two clubs which do not appreciate much.

Already warned for his hand which led to the equalizer penalty, Lucas Paqueta was excluded for a second yellow card, after a sole on Dimitri Payet (71st).

Although reduced to ten, OL tried to get a second goal that would have allowed them to win and take the lead in the championship.

OM also tried to make the difference to return to the top 5. But the nets did not shake again.

Olympique de Marseille is barely advancing, with 7th place in the league (39 points), two lengths behind Metz, the current 5th, but 16 points behind Monaco, 4th.

The main thing was perhaps elsewhere, in fact, for the Marseille club.

Because even if the "Olympico" has become over the years a match not to be missed, the Marseille news is even hotter these days.

Friday, February 26, the big news fell: Frank McCourt, the American owner, announced the departure of President Jacques-Henri Eyraud, replaced by Pablo Longoria therefore, and the imminent arrival of Jorge Sampaoli as coach, after the departure of André Villas-Boas.

Despised, even hated by some of the supporters, Eyraud is therefore gone.

His position was no longer really tenable, the resentment towards him was so strong.

The violence of January 30 at the Commanderie

“JHE” was not in the Vélodrome stands for this OM-OL.

The Spaniard Pablo Longoria, promoted from sports director to chairman of the board at only 34 years old, is now on the front line.

And he knows all the expectations of Marseille fans, scalded by a very disappointing 2020-2021 season.

Pablo Longoria (right), the new president of OM, for his first match as such against OL, on February 28, 2021 at the Vélodrome.

Sampaoli, a new method being tested

The other providential man announced by Frank McCourt, Jorge Sampaoli, was absent.

The Argentinian is due to arrive in Marseille on Tuesday March 2, announces

The day before, President McCourt will be in Marseille to meet with supporters and local elected officials, in order to “

discuss his long-term plans for the club

Another way to also remember that OM is not for sale, despite various rumors.

Sampaoli, him, will therefore take up the torch after the shattering departure of André Villas-Boas, tired of the misunderstandings with the management.

, who has been acting since the layoff of “AVB” in early February, will be able to give him the keys to the Olympian vessel.

In Marseille, nobody expects entry miracles from the new trainer, renowned blood.

Before him, Rudi Garcia and André Villas-Boas had successes - final of the Europa League 2018 for the first, qualification for the Champions League for the second - and disappointments, for ends of fishtail adventures in fine.

Will the new “Hispanic” Longoria-Sampaoli ticket allow OM to come back to the fore in the long term?

Ligue 1: Saîf-Eddine Khaoui, the Tunisian who wants to enter the light

Foot: Nasser Larguet, a discreet and respected technician on the bench of OM