Forsberg behind the winning goal in a crazy turn

RB Leipzig stood for a powerful turn against Borussia Mönchengladbach in Bundesliga football. Emil Forsberg made a comeback and had a key role in the 3-2 victory. 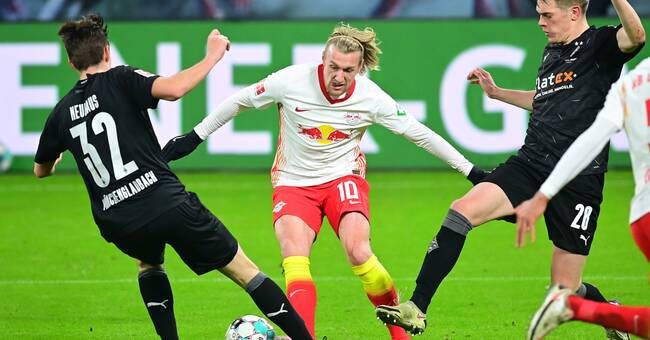 After going on an early 0-2 deficit in the first half, Leipzig woke up in the second.

Christopher Nkunku started the pick-up after almost an hour of play and shortly afterwards Danish Yussuf Poulsen scored the equalizer.

Emil Forsberg was back after his knee injury and got a little over a quarter on the field.

At that time he had a lot of time.

The Swedish national team star started with a dangerous free kick that goalkeeper Yann Sommer controlled in the crossbar and then played a crucial role in the winning goal.

In extra time, he played Nkunku who in turn found Alexander Sørloth.

The Norwegian scored the 3-2 goal and secured important points.

After the victory, Leipzig goes up to 50 points and is now only two points behind league leader Bayern Munich.