Bosz stranded after keeper blunder with Leverkusen in EL, also down Bruges

Peter Bosz is stranded with Bayer Leverkusen in the first knockout round of the Europa League. The Germans lost on Thursday, partly due to a huge goalkeeper error by Niklas Lomb, 0-2 to BSC Young Boys. Club Brugge was also eliminated. 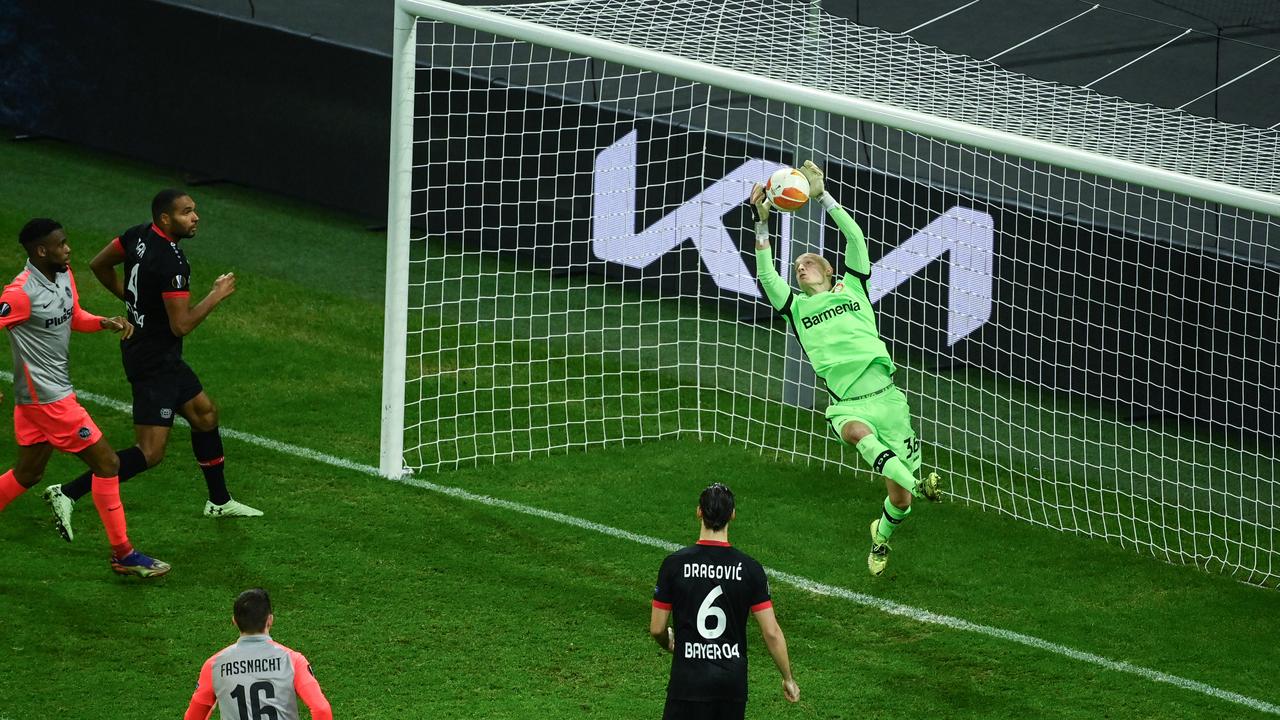 Peter Bosz is stranded with Bayer Leverkusen in the first knockout round of the Europa League.

The Germans lost on Thursday, partly due to a huge goalkeeper error by Niklas Lomb, 0-2 to BSC Young Boys.

Bayer Leverkusen narrowly lost 4-3 in Bern last week, after brushing away a 3-0 deficit.

With Dutchmen Daley Sinkgraven and Jeremie Frimpong in the base, the return for coach Bosz's team ended in disappointment.

Schlemiel became goalkeeper Lomb, who already made a huge mistake against Augsburg on his basic debut last weekend.

The replacement of the injured Lukás Hrádecky released a high ball, after which it was a breeze for Theoson Siebatcheu to score.

Just before time, Christian Fassnacht also made it 0-2 for the Swiss.

Bayer Leverkusen is going through a very difficult period.

The club seemed to be competing for the league title before the winter break, but has now dropped to fifth place in the Bundesliga and was also eliminated in the German Cup.

Arsenal escapes thanks to Aubameyang

Arsenal qualified for the eighth finals with their heels over the ditch.

By a goal by Pierre-Emerick Aubameyang in the 87th minute, Benfica was defeated 3-2 on Thursday.

Arsenal and Benfica met, just like last week, when the away game was played in Rome due to travel restrictions, on neutral territory.

The return, which was led by Björn Kuipers, was completed in the Greek Piraeus.

Benfica seemed on his way to a place in the last sixteen when Dani Ceballos made a hopeless mistake after an hour of play.

The Arsenal midfielder headed back too short on his own goalkeeper and saw Rafa Silva take advantage of it.

Arsenal then needed two goals to continue and succeeded.

Kieran Tierney equalized, after which a striking header from Aubameyang (who had already made it 1-0) earned the Londoners a place in the next round.

For Arsenal, the Europa League is an opportunity to save a poor season.

The team of trainer Mikel Arteta is only eleventh in the Premier League and has already been eliminated from the FA Cup.

Pierre-Emerick Aubameyang celebrates the winning goal with a somersault.

Pierre-Emerick Aubameyang celebrates the winning goal with a somersault.

Hoffenheim is also only in the middle bracket in the home league, but failed to take the last straw to make something of the season.

At home, the Germans surprisingly lost 0-2 to Molde FK.

The Germans had almost 80 percent possession of the ball in-house, but were unable to break the Norwegian wall.

Molde only scored two shots on target, both of which were converted into a goal by Eirik Ulland Andersen.

The Dutchman Melayro Bogarde remained on the bench at Hoffenheim.

For Napoli, the curtain also fell in the first knockout round.

The Italians won 2-1 at home against Granada, but that was not enough after the 2-0 loss in Spain.

Granada finished in the group stage under PSV, Napoli was partly responsible for the elimination of AZ.

Teams seeded for the eighth finals:

View the results in the Europa League