Woods suffered a serious injury to his leg in a car accident Police officer: very lucky to survive

It's early morning again, it's Los Angeles again, and it's another heartbreaking news. Data Figure: Tiger Woods   Fortunately, although "Tiger" Woods suffered a serious leg injury in a car accident, it is not life-threatening for the time being.   According to news from the Los Angeles County Police Department on the 23rd local time, the world-renowned golfer Tiger Woods was injured in a car 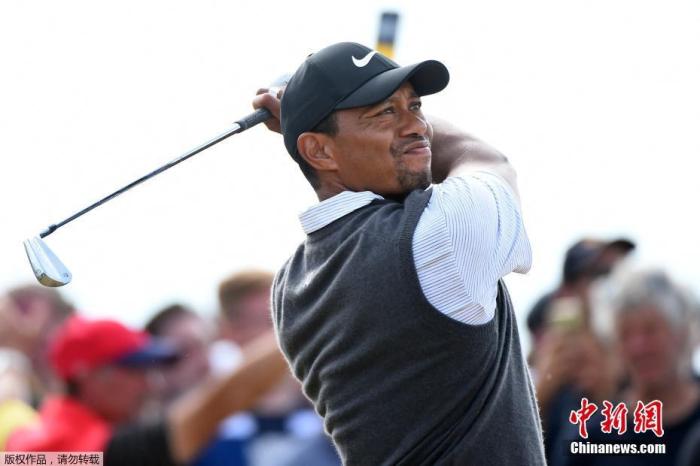 It's early morning again, it's Los Angeles again, and it's another heartbreaking news.

Fortunately, although "Tiger" Woods suffered a serious leg injury in a car accident, it is not life-threatening for the time being.

According to news from the Los Angeles County Police Department on the 23rd local time, the world-renowned golfer Tiger Woods was injured in a car accident in the Los Angeles area on the morning of the 23rd.

According to the current US media reports, Woods has no worries about his life, but according to the introduction of the local fire department in Los Angeles on social media, his condition was not good when he was sent to the hospital-multiple fractures in both legs, and even a crush in one ankle Fracture, currently undergoing surgery.

Relevant parties also revealed that Woods, now 45, was found to have suffered moderate to severe injuries after emergency crews pulled him from the car.

In the aerial footage released by the media, it can be seen that a car overturned at the scene of the accident, the front section was severely damaged, the airbag seemed to have been deployed, and debris scattered around the car.

According to news released by the American media, the SUV driven by Woods had a frontal collision, and the vehicle overturned on the side of a highway in the suburbs of Los Angeles.

The authorities introduced at a press conference that Woods drove the vehicle alone. The accident occurred at about 7:15 in the morning and the vehicle rolled over two opposite lanes.

No other vehicles were involved in the accident. When the firefighters pried open the windshield to pull Woods out, his consciousness remained awake, but his legs were seriously injured.

Relevant authorities involved in the rescue said that after inspection, there was no smell of alcohol or drugs at the scene of the accident, but they did not disclose the speed of Woods at that time.

There have been US media reports that the cause of Woods's accident was speeding, and the location of the accident was originally a section of the road with a high incidence of accidents.

The first police officer who rushed to the scene of the accident introduced that he would arrest speeding drivers on the 45 mph section from time to time. Sometimes their speed would reach 80 mph, and there would be car accidents from time to time.

Speaking of Woods’ accident, he said: “What I want to say is that Mr. Woods was very lucky to survive the disaster.”

Media statistics show that this is the third time Woods has been involved in a car accident: in the morning after Thanksgiving in 2009, one of his SUVs ran over a fire hydrant and hit a tree. That accident also opened the prelude to Woods's extramarital affairs; 2017 In May, Florida police found Woods lying fast asleep on the steering wheel of a roadside car. He was later arrested for driving under the influence.

At present, Woods' physical condition and the cause of the accident still need to wait for further official explanation.

Because of this, Woods' career prospects have also cast a shadow.

Before the accident, people were still expecting him to continue to perform the return of the king-just like he won the 15th Grand Slam championship of his career after 11 years in 2019.

As one of the greatest golf players in history, Woods was born on December 30, 1975, holding 5 Masters championships and 15 Grand Slam titles.

So far in his career, he has won 82 PGA Tour titles. Together with Sam Slide, he is the player who has won the most PGA Tour tournaments in history. However, from 1996 to 2019, Woods won 82 titles in a shorter time than his predecessors. In 6 years, 70 games were missed.

Woods is also the longest and most valuable player in the world after the introduction of the Golf World Ranking System.

It is no exaggeration to say that he is the image spokesperson of modern golf.

Because of his achievements, in April 2019, former US President Trump awarded Woods the "Presidential Medal of Freedom."

In addition to game performance, Tiger Woods is also well-known for his powerful and terrifying ability to attract gold.

In the annual income list of global athletes published by Forbes Magazine, Woods is not only on the list all year round, but also tops the list more times, and his worth has exceeded $1 billion early.

Last weekend, Woods just participated in a local golf tournament in Los Angeles as a host and award guest.

His fans are looking forward to "Tiger" being able to pass this level and return to the game as soon as possible.