Kroos and Zidane's notice: "We don't know much about Atalanta, it's something new"

Real Madrid is 24 hours away from a new participation in the knockout stages of the Champions League, the one that two years ago ended in defeat against Ajax Amsterdam, the one that

, that two years ago ended with defeat against

, that last year resulted in the elimination against

, one of the most attractive and offensive teams in Europe, but also one of the most unknown to the general public among the 16 that remain alive in the top continental competition.

This was recognized by

in the press conference prior to the meeting: "

We don't know a lot about them

We don't really have much experience.

We will prepare with videos and we will see, it is something new and it will be complicated, that is clear. "

The German midfielder, always at the side of

, has become over the years one of the leaders of the white dressing room, especially since his improvement with the language, which expresses both on and off the pitch: "

I always I try to give my opinion, both in the game and away

. With the ball and without the ball. Many help me, like Sergio (Ramos) and Luka, we have been around for many years now. But it is not so important how I see myself, but doing things like forever".

On the rival, and aware that "

", Kroos acknowledged that for Madrid it will be "difficult" to master the rhythm of the game against a physical team, very offensive and that puts a lot of pressure: "We play against a team that plays in one In a way that we don't know, we have to adapt. Surely we have to defend well, but it will be important to control the game with the ball. "

And for that, the trio that he forms with Casemiro and Modric is key: "

No midfield can control the games for ten years, and we have had many.

For me, the center of the field is key to being successful, but we do not play for the people say we are the best, we play to achieve results.

Kroos will not be able to count on

, regular headlines when the infirmary was empty.

The German admits that the club has a problem with injuries, but acknowledges that he is not with the injured at home during his rehabilitation: "I am hardly injured. I do not live with them at home, I do not know what they do, no I know their bodies, I don't know if it's bad luck or if it's because we have a lot of games.

I take care of my body and it bothers us to have injuries, of course

Zidane: "Every time we play it's like a final"

After Kroos, it was the turn of

, who denied that they are thinking about the second leg and stressed that the team "has the illusion of reaching the final."

"Madrid always wants to win and we are not going to be satisfied with less."

Regarding the improvement in the League and the possibilities of competing for the two titles, the Frenchman did not consider the

as a superior tournament, but rather stressed the "pressure" that a club like Madrid always has.

. They are physically strong and have good players. A very offensive team. We like having pressure. It's football."

Champions League 2020 - 2021Madrid does not risk with Benzema and will be low against Atalanta: Vinícius, Mariano and Asensio will form the attack

LaLiga Santander 2020 - 2021 Mysteries, science and an important anger: the problem of injuries at Real Madrid

LaLiga Santander 2020 - 2021Zidane and the "madness" of the league calendar: eight players in Madrid's infirmary 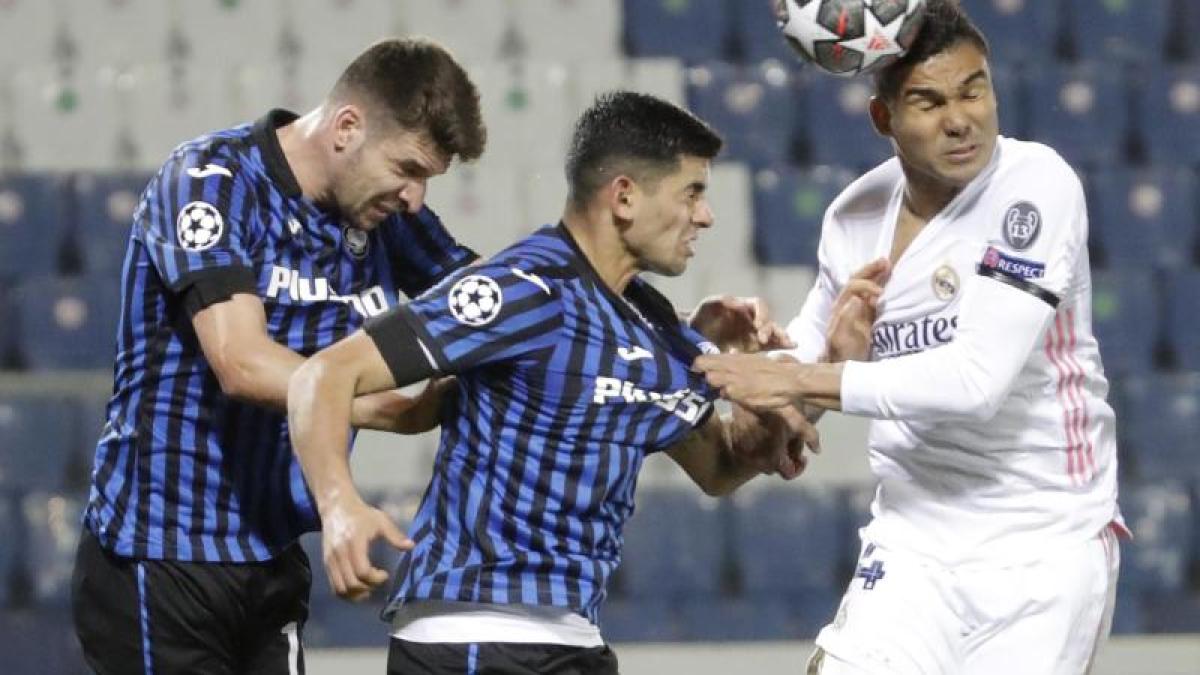