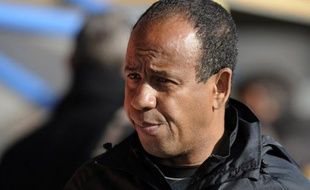 French coach Jean Tigana has left Chinese club Shanghai Shenhua, a Chinese daily reported on Monday, but he for his part told AFP he had not resigned.

"Welcome to the new Azure and Gold general manager in charge of the club's sports policy."

Tigana is returning to the club he started his playing career with when he was 20.

The former midfielder of the France team (52 ​​caps) stayed there for three seasons before leaving for Lyon, then Bordeaux and Marseille.

"A press conference will be held this Friday to discuss his coming to Toulon and all of these missions," added the club.

Cycling: Dutchman Bauke Mollema wins the first stage of the tour of the Alpes-Maritimes and the Var

Containment in the Alpes-Maritimes: Which municipalities are concerned?