Done: She takes last place in the World Cup sprint

Now it is clear which Swedish skiers will be allowed to drive the premiere sprint in the World Ski Championships. Five out of eight are World Cup debutants. 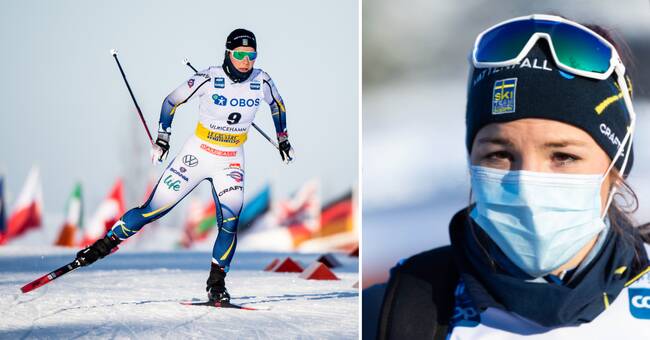 On Thursday, the World Ski Championships start in Oberstdorf.

Now Sweden has presented who gets the chance in the initial sprint.

On the women's side, it is Linn Svahn, Maja Dahlqvist, Jonna Sundling and Johanna Hagström who drive.

The first three names are more or less given and it was between Hagström and Emma Ribom in the last place and it will be 22-year-old Hagström who gets the chance thanks to, among other things, second place in the World Cup sprint in Ulricehamn.

Both Hagström and Linn Svahn make their first WC.

On the men's side, Oskar Svensson, Johan Häggström, Marcus Grate and Anton Persson will drive for Sweden.

The last three are all World Cup debutants.

The more ruined Oskar Svensson has shown really good form in sprint in the World Cup and is believed to be able to challenge for the medals.

The sprint qualifier starts at 09.00 and is broadcast on SVT1 / SVT Play.