Despite good results - Stina Nilsson not up for the World Cup

Stina Nilsson has been responsible for several fine efforts in the IBU Cup recently. But she still does not get a chance in the World Cup. - Right now she is not relevant, says the biathlon national team coach Johannes Lukas to SVT Sport. 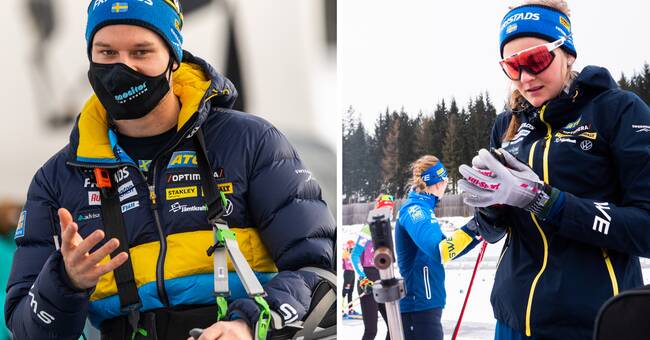 Stina Nilsson, who switched cross-country skis to biathlon in March 2020, had a hard time at the start of her new career.

But in the recent competitions in the IBU Cup where she is held, she has shown a positive development.

In Saturday's sprint she had the second fastest ride and in the hunt start the next day she climbed ten places.

But despite that, she has to wait for her debut in the World Cup.

- There are three World Cups left and it is difficult to say what will happen in two or three weeks, but right now she is not relevant for the World Cup.

She will continue to focus on the IBU Cup and compete a lot, says the biathlon national team coach Johannes Lukas to SVT Sport.

Lukas says that he is happy about Nilsson's success but that she still has a bit left.

- It feels like she can do better and better now.

Of course, there is still a barrier too much to get a top result, but we are at least happy with her success.

She's on her way but she still needs a lot more time.

The coach also emphasizes that it is important to remember that there is a big difference between cross-country skiing and biathlon.

- We have always tried to explain to everyone that it is a different sport.

It's not just about putting on the weapon and going fast.

You have to learn a little how to ride, what plan you have out on the track and that you are calm on the embankment.

The World Cup resumes on March 4 in Nove Mesto.

You drive two weekends in Nove Mesto before ending the season in Östersund.

Sweden has no extra places in that competition as host country.

Without it is determined based on the placements in the IBU Cup.

The countries get one place per skier you have in the top ten.

ARCHIVE: Stina Nilsson shot away in the European Championships (January 30)