Armand Duplantis makes a comeback - back after the thigh injury

Armand Duplanti's thigh injury he sustained two weeks ago has healed. Tomorrow he will make a comeback in a gala in Belgrade which will be broadcast live on SVT Sport. - I can run too full, says Duplantis. 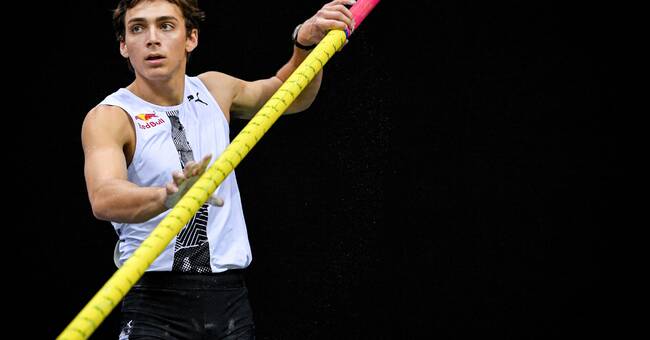 It was two weeks ago that Duplantis competed in Lievin, France, and it tightened the back of his right thigh.

After finishing 5.86, which he won, Duplantis chose to break the competition.

He then oversaw the competition in Torun, where the European Championships the first weekend in March will also be decided, last week.

He also competed in the indoor Swedish Championships in Malmö last weekend.

- I am fit for fight and can run full speed.

There are no problems, Mondo from the Serbian capital greets Aftonbladet.

SVT Sports expert Alhaji Jeng believes in a new six-meter jump in Belgrade, where the indoor WC will be decided next year.

Duplanti's world record from the indoor season last year is 6.18.

The 20-year-old then ends the indoor season with the European Championships in Torun 4-7 March.

The broadcast from the World Indoor Tour starts on Wednesday 17.30 in SVT1 / SVT Play.

Armand Duplantis with the Jerring Prize in hand.