Al-Badwawi: We addressed the companies to take care of Hatta ... but we are "blowing into a severed bag"

The CEO of Hatta Football Company, Ali Abdullah Al-Badwawi, said that he does not understand how the club has been without a sponsor since the beginning of the season, despite the efforts it is making to search for sponsoring companies and reduce the value of sponsorship. Hatta, but we are 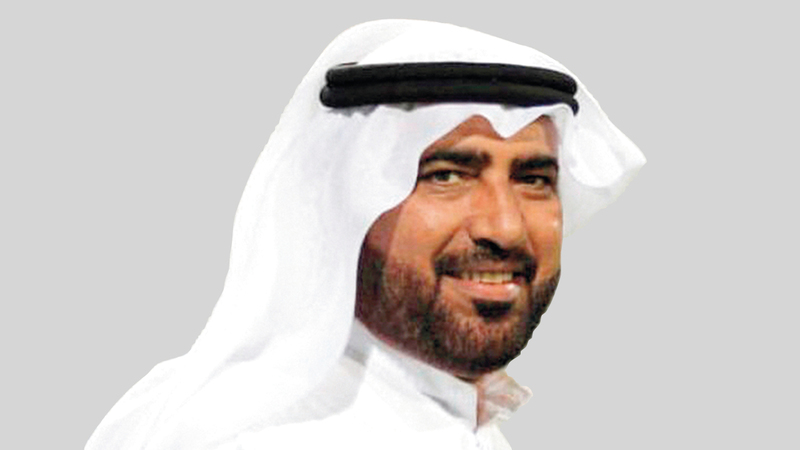 The "hurricane" is among 4 "professional" clubs without sponsors

Al-Badwawi: We addressed the companies to take care of Hatta ... but we are "blowing into a severed bag"

The CEO of Hatta Football Company, Ali Abdullah Al-Badwawi, said that he did not understand how the club has been without a sponsor since the beginning of the season, despite its efforts to search for sponsors and reduce the value of sponsorship.

Al-Badwawi confirmed to Emirates Al-Youm: We addressed the companies to sponsor Hatta Club, but we feel as if we are “blowing a broken bag”.

He stressed that the club, since the beginning of the season, has been waiting for responses, or even offers of sponsorship, similar to other clubs, which he indicated that some of them account for a large number of sponsors, while their club is still waiting for companies, stressing that their club does not exaggerate the value of sponsorship, and that it is in Reach.

He said that Hatta is no less than other clubs, and that “it would have been better for him to receive sponsorship from any of the national companies, or even those operating in the Hatta region, which has become a tourist destination, and is expected to attract more tourists in the coming period, especially with the efforts of the government. Dubai, which aims to promote tourism, with the (cable car) project, which will soon see the light. ”

Hatta, Al Dhafra, Baniyas, and Khorfakkan clubs, the only ones out of 14 clubs in the Arabian Gulf League, are continuing their efforts to form sponsorship partnerships, since the beginning of the season they started without sponsoring their shirts.

Al-Badwawi believes that “personal relationships are the ones that control the sponsorship market.” He added: “Some clubs are racing to sponsor them, while others struggle and forfeit the value of sponsorship in order to obtain the approval of the sponsors, and Hatta club is no less than the rest of the clubs, and we hope that the sponsors will turn to us. Because we represent a tourist area with great weight in the country. ”

Commenting on the position of the Hatta team in the league, as it occupies the last place with five points, he said that they cling to hope until the last round, and added: “As long as we have on paper our fortunes are in place, we have to invest them better. The team's performance was not bad in a number of matches against the big clubs. , Similar to Al-Ahly and Al-Wasl Youth, but we lost points that were within reach. ”

He pointed out that the survival of Hatta is an uncompromising goal, and said: “Hatta must have a club that represents it in the professional league, and the good thing is that all players feel this responsibility and the board of directors, and all members of the club will not be skimpy to support the team in all respects to avoid relegation.”