Sweden has taken the fifth medal at the Biathlon World Cup. Hanna Öberg and Sebastian Samuelsson repeated their feat from the WC 2019 and took bronze in the single mixed relay. 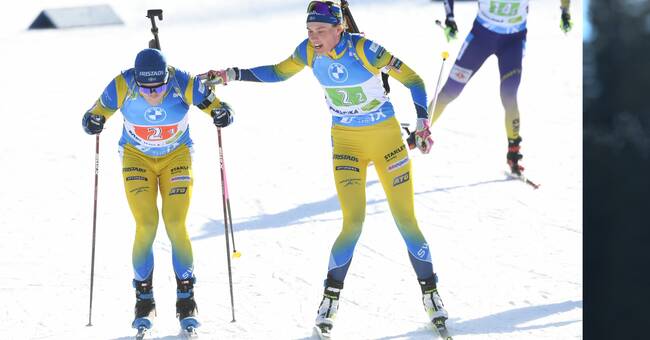 It was an incredibly even last leg with five countries within 16 seconds at the start.

After the last shot, where Hanna Öberg had a boom, she went out as third with Ukraine three seconds later.

But Öberg pulled away and on the final lap the Ukrainian lost further and Öberg drove in as third.

Sweden has thus equaled its medal record from the 2012 World Cup.

France took the gold before Norway after Julia Simon sprinted down Tiril Eckhoff in the riot.