Novak Djokovic on to the final of the Australian Open

The Russian sensation Aslan Karatsev, 27, has been knocked out of the Australian Open. World setter Novak Djokovic, 33, became too difficult in the semifinals and won in straight sets - 6-3, 6-4, 6-2. 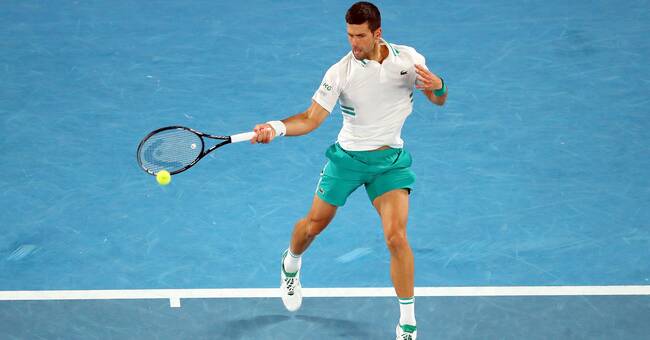 114-ranked Aslan Karatsev is only the fifth male player in history to have qualified for a grand slam tournament and then reached the semifinals.

But against the superstar Novak Djokovic it stopped.

The Serb kept a high level throughout the match and won 3-0 in sets in front of several thousand spectators in the stands.

Karatsev was close to breaking five in the second set, but Djokovic kept out.

Seen throughout the match, Djokovic was superior, although Karatsev repeatedly showed that he deserved his semi-final spot.

Despite the loss, Karatsev can take comfort in the fact that he was guaranteed approximately SEK 5.5 million for the semi-final place in Melbourne.

By comparison, the 27-year-old had recorded a total of four million kronor throughout his career before the tournament.

He had also never played in a grand slam.

In the second semifinal, the Greek Stefanos Tsitsipas, who beat Swedish Mikael Ymer earlier in the tournament, will face the Russian Daniil Medvedev.

FROM TODAY: Williams knocked out - left in tears: "Too many simple mistakes"

Naomi Osaka knocked out Serena Williams, who was in tears afterwards.