Tonight, the round of 16 finals in the Champions League begins. Liverpool will face Leipzig. A match where Liverpool were clear favorites just a few months ago. - It is a huge question mark on Liverpool, says SVT Sport's football expert Daniel Nannskog. 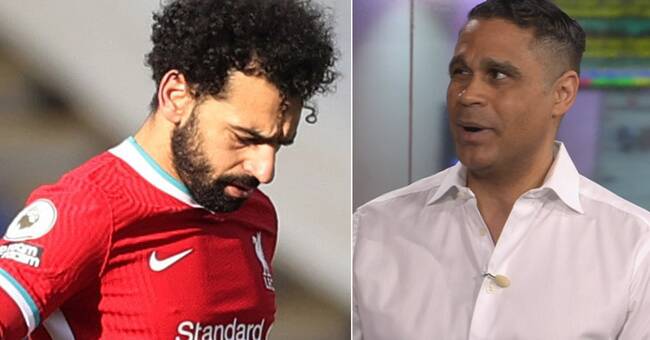 Liverpool come to the meeting with Emil Forsberg's Leipzig with three straight league losses in the bag.

The form of the reigning English champions' club is really in question and tonight they will play the first round of 16 of Leipzig.

- It will be very, very interesting.

Normally, we would have said that Liverpool would take this very easily, but we have also seen that Liverpool shakes properly, says SVT Sport's football expert Daniel Nannskog.

"The whole team is hacking"

He highlights a specific part of Liverpool that is uncertain.

- It is not least in the midfield position where van Dijk has disappeared, that you have problems.

Matip and Gomez are also gone as well.

You have big, big problems.

Which makes the whole team hack.

It's a huge question mark on Liverpool that has lousy form in the Premier League.

Emil Forsberg is missing in Leipzig, who continues to have problems with the knee injury he suffered in January.

He will instead see his team receive Liverpool from the stands.

- Liverpool is set against a Leipzig that looks nice.

They are right behind Bayern Munich in the Bundesliga.

They play with great confidence.

They have a safe and good game.

The question is whether Leipzig has not sneaked up and become a small favorite against the giant Liverpool, says Nannskog.

In tonight's second round of 16, Barcelona and PSG will meet.