Round 16 of the Arab Gulf League. Wonders and jokes

Al Ain ignited the conflict at the top of the Arab Gulf Football League, by beating Sharjah 2-1 in the 16th round, presenting an invaluable gift to Al Jazeera, who in turn defeated Ittihad Kalba, to climb to the top, beating Sharjah by goal difference, each with 36 points. The eye, in a fracture knot 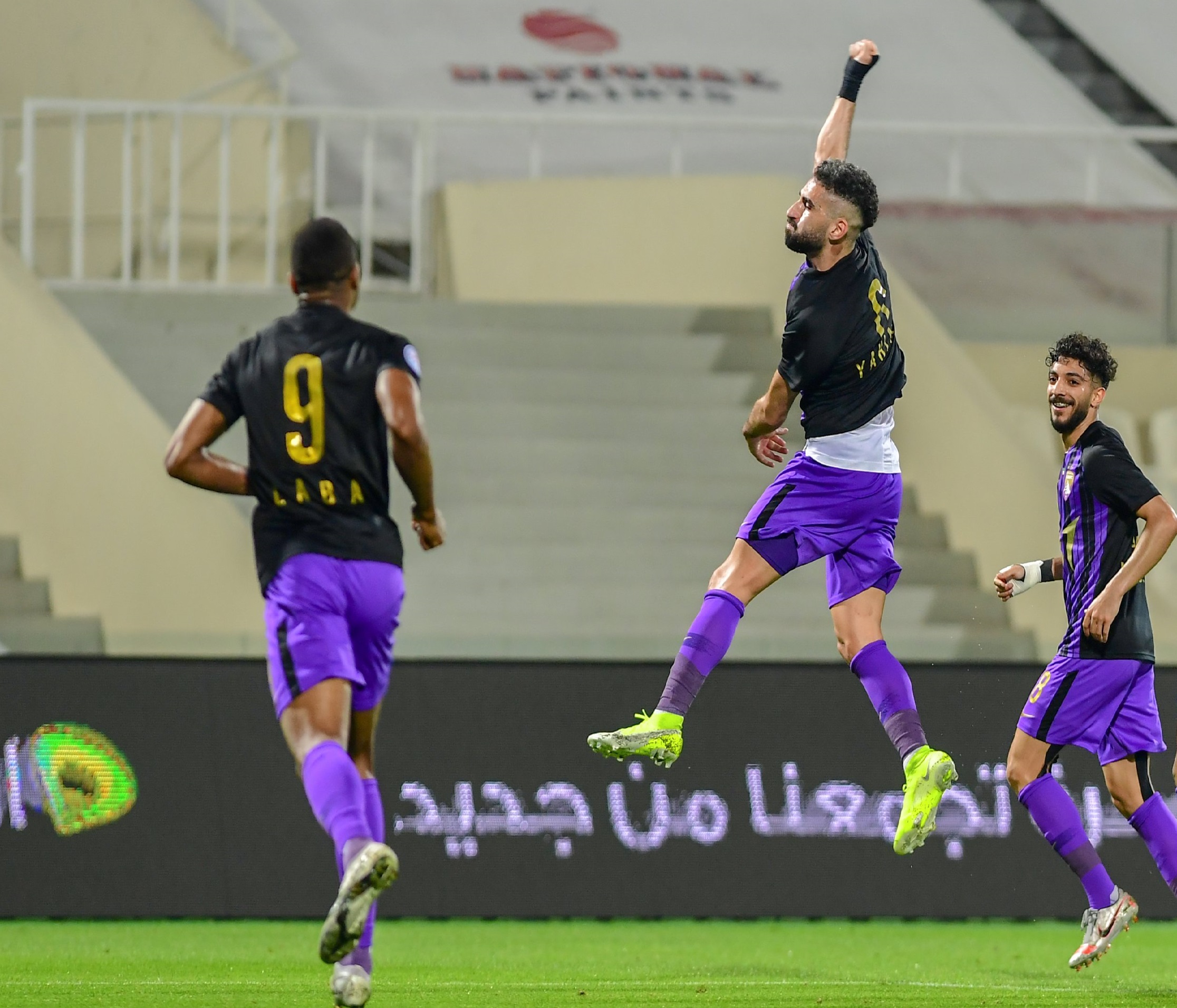 Round 16 of the Arab Gulf League.

Al Ain ignited the conflict at the top of the Arab Gulf Football League, by beating Sharjah, 2-1 in the 16th round, presenting an invaluable gift to Al Jazeera, who in turn defeated Ittihad Kalba, to climb to the top, beating Sharjah on goal difference, each with 36 points.

Al-Ain succeeded in breaking the knot of Sharjah's victory over him in the last four league matches and reaping three precious points that returned him to stability and calm after a period of a series of negative results, while Sharjah still presented his faint pictures of him and lost five consecutive points in front of Al-Wahda and Al-Ain, to become the chances of retaining the title Very difficult.

Al-Jazeera did not miss the opportunity and swooped on Kalba with a big and broad victory by six goals without a response.

Baniyas won third place from the ambitions of victory and Shabab Al-Ahly, and served itself by defeating Khorfakkan 2-1 to slowly advance towards the competition, only four points behind the leaders.

Al-Ahly youth failed to continue their series of positive results under the leadership of their national coach Mahdi Ali, and settled for a positive draw against Al-Wehda 2-2 in a match that was the most dominant game without going out with the most important outcome, which is the three points, so the knights retreated to sixth place behind Al Ain with 26 points .

While Al-Wehda failed again to win the top of the Arab Gulf League, to return to his home with a point that kept him away from the advanced centers and also continues his contract against Shabab Al-Ahly, which he did not win in the last 10 seasons except once in the league championship.

Al-Wasl benefited from its victory over Al-Nasr, with a goal from Lima, to climb to seventh with 26 points, surpassing Al-Wehda by one point, while Al-Nasr froze at point 27 and retreated to fifth on goal difference from Al Ain, who rose to fourth place.

In the struggle for survival, Fujairah achieved "Remontada" in front of Al Dhafra and reversed its deficit with two goals in the first half to an important 4-2 victory to leave the penultimate position for Ajman, who lost 3 goals to Hatta without a response, which is Hatta's first victory this season.

Ajman is most exposed to "penalties"

Ajman tops the list of teams that commit the most mistakes inside the box, after counting two penalty kicks against its players during the Hatta match that was held in that round, and the whistle on Ajman players counted 10 penalty kicks during the past rounds, including nine goals.

Mabkhout "breaks up" the scorers' struggle

Al-Jazira international striker, Ali Mabkhout, ended the clash at the top scorer in the Arab Gulf Football League and was the only top scorer after scoring two goals against Ittihad Kalba, to lead his team to a 6-0 victory.

In third, the Sharjah players, Igor Coronado and Wilton Suarez, each have 11 goals.

A special number for Al Samawy

Bani Yas set a new record for him in the Gulf Arab Football League, following his 2-1 away victory over Khor Fakkan.

Al-Samawi did not know a loss or a draw when he advanced in the score against his rivals, as this matter happened during the 10 matches that he won in the league.

Bani Yas succeeded in winning back and forth over Khor Fakkan and Fujairah, as well as defeating Al Wahda, Al Dhafra, Sharjah, Hatta, Al Ain and Al Wasl.

brightly in the 16th round of the Arab Gulf League, and the referees' decisions and video technology came out free of any problems, unlike the previous round, which witnessed four controversial cases.

The most famous referees in that round were a yellow card on 21 occasions, and four times a red card.