"Historic hexagon", $ 5 million, and a world title for Bayern Munich

Bayern Munich, the European champion, won the 17th edition of the FIFA Club World Cup, when they defeated Mexican Tigres 1-0 yesterday, in the final match of the tournament in Doha. French international defender Benjamin Pavar scored the only goal of the match in the tournament. 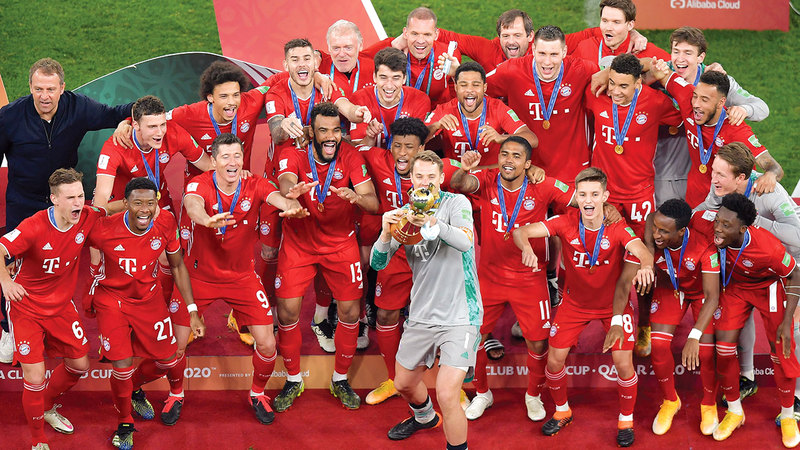 "Historic hexagon", $ 5 million, and a world title for Bayern Munich

Newer and his Bayern team-mates celebrate the World Cup.

Bayern Munich, the European champion, won the 17th edition of the Club World Cup in football, when it defeated Tigres of Mexico 1-0 yesterday, in the final match of the tournament in Doha.

Bayern Munich became the second team after Barcelona in 2009 to achieve the crowning achievement of six titles, in the European Champions, European Super, League, Cup and Domestic Super Cups, as well as the World Cup clubs.

This is the second title for Bayern after the first in 2013, when he achieved the quartet, including the historic domestic treble (the domestic league and cup and the European Champions League).

Despite the joy of the victory, Bayern announced the loss of the services of its star Gnabry, due to a thigh injury suffered in the final match, without specifying the period of absence.