World Club: André-Pierre Gignac, a Frenchman who became a legend in Mexico

André-Pierre Gignac and the Monterey Tigers face Bayern Munich in the final of the World Club Cup in Qatar on Thursday. 35 years old, the French never ceases to shine with the Mexican club. So… 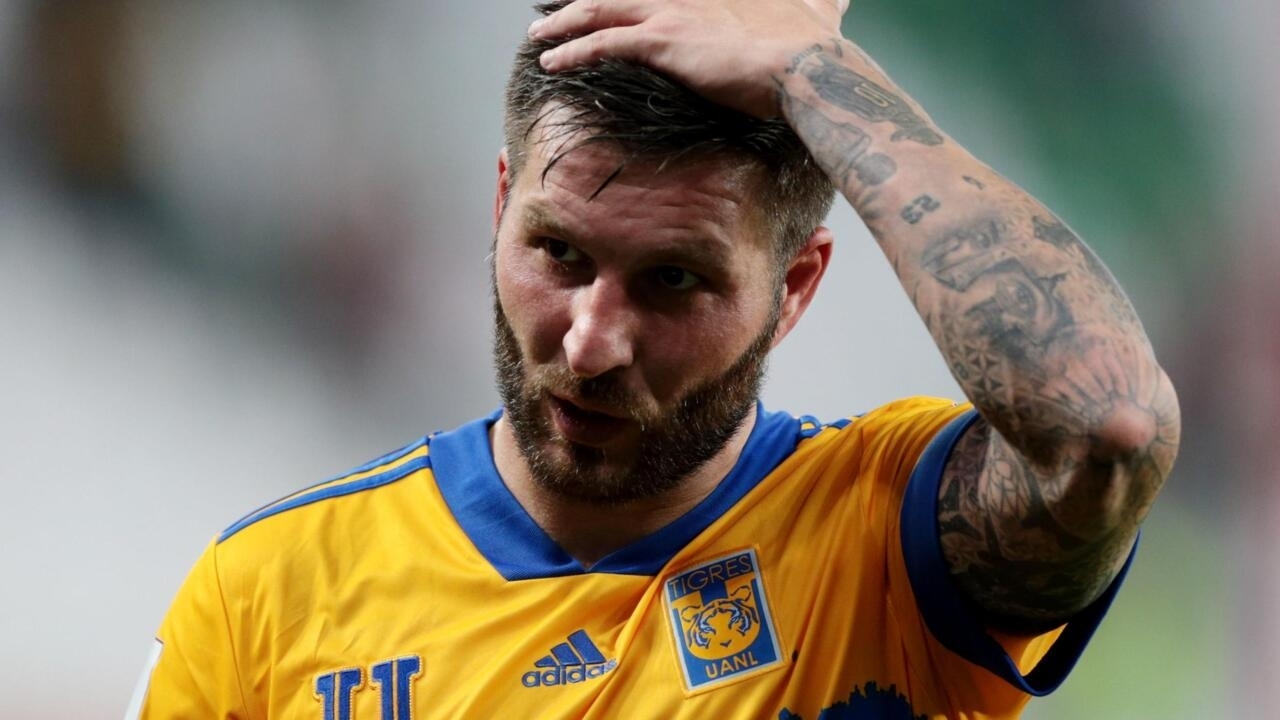 May 2015. André-Pierre Gignac is at the end of his contract with Olympique de Marseille.

Author of an excellent season with 21 goals on the clock, the striker is courted by several European clubs.

But against all odds, the footballer, then 29, made a daring bet by deciding to fly to Mexico and sign with the Monterey Tigers.

"I had a good feeling. Everything attracted me in the proposal of the Tigers. I said yes in a day, we negotiated a night"

The marriage is immediately a success.

Between the Mexican supporters and the young Frenchman, it was love at first sight.

A month after his arrival, he took part in his first Copa Libertadores final.

The Tigers bow to River Plate, but André-Pierre Gignac begins to write his story.

In just six months, the Provençal became the idol of an entire city.

The derivative products with his effigy are snapped up and a couple even names their newborn baby André Gignac Quistian Palomo.

To those who wondered about this rather surprising choice a few months before Euro-2016, André-Pierre Gignac responds in the most beautiful way.

The statistics speak for themselves.

In the Tigres jersey, Gignac scored 147 goals in 246 matches, breaking the record for goals scored by a European player in the Mexican league, held since 1946 by Spaniard Isidro Langara (124 goals).

A statue in his effigy

Before him, the Monterey club had won only three league titles and three national cups in 55 years.

A record that arouses the admiration of former glory of the championship.

“For me, Gignac has been one of the best players in Mexican football lately,” said Paraguayan José Cardozo, who scored 249 goals in Mexico between 1995 and 2005. “I like to see a player like that, a competitive player, a player who doesn't like to lose, and lately he's been compared to me a lot because of the goals. "

"Whether you are a fan of the Tigers or not, you must recognize the greatness of Gignac," said Televisión Azteca journalist Carlos Guerrero for his part.

Proof of its incredible popularity, the creation of a statue bearing the effigy of the ex-Marseillais was announced by the club in front of its stadium.

He applied for naturalization in December 2018 and was granted it, along with his wife Deborah, in April 2019, with their two children born in the country.

"I feel at home here. I feel very good and my family too," he explained in 2016 as the site Vice tells.

On top of the world

At 35, "Dédé" Gignac has already entered the legend of the Tigers and has the opportunity to write, Thursday February 11, one of the most glorious pages of his club.

During the World Club Cup currently organized in Qatar, the striker once again wore his own.

He scored the three goals scored by his team: a double in the quarterfinals and then a penalty in the semi-final, to rule out the Brazilians from Palmeiras (1-0) and afford a place in the final against Bayern Munich.

It is the first team from the North and Central American Confederation to reach this level of the world tournament.

Against the reigning European champions, a victory for the Mexicans would be a huge surprise since, since its creation in its modern format in the early 2000s, the Club World Cup has always been won either by the representative of Europe, or by that of South America, but the French want to believe it.

"We came here to write history, we have been waiting for this moment for a very long time," said the former Marseillais, before this shock.

Bayern, who have already won it in 2013, are favorites to try to seal a sextuplet of trophies in the space of a year (Cup-Championship-Champions League, plus the German and European Super Cups) , but the Tigers will do anything to beat the odds.

The Bavarians are also wary of their opponents.

"In the semi-finals, the Tigers impressed me. They play intense football, they have very good attacking players. It's a great team," admitted Hans-Dieter Flick, Bayern coach, as the Team reports.

Under contract until June 2021, Gignac has the possibility of extending to Monterrey until 2022. In love with his new country, he could continue this romance, whatever the outcome of the final.