The youth of Al-Ahly ended, the day before yesterday, the state of waiting and anticipation that surrounded the next destination of the team's star, Omar Abdel-Rahman (Amouri), since announcing his departure from the island two weeks ago by mutual consent. Youth Al-Ahly officially announced the contract with (Amouri) until the end of the season, without adding other details 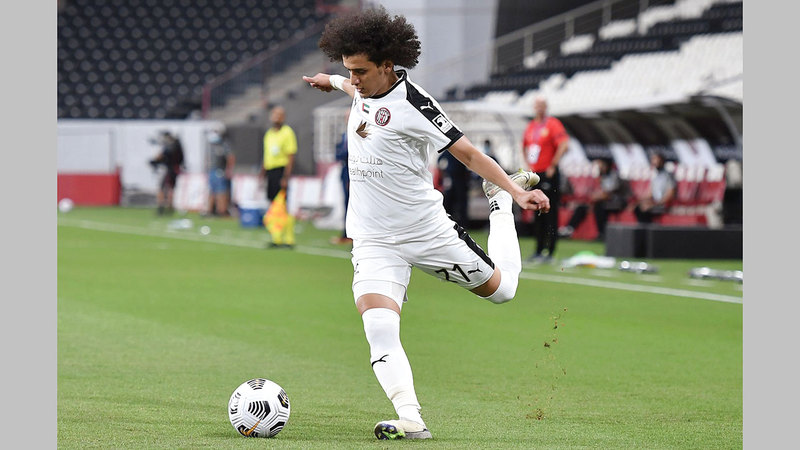 Youth Al-Ahly gives him the last chance to return

The youth of Al-Ahly ended, the day before yesterday, the state of waiting and anticipation that surrounded the next destination of the team's star, Omar Abdel-Rahman (Amouri), since announcing his departure from the island two weeks ago by mutual consent.

Youth Al-Ahly officially announced the contract with (Amouri) until the end of the season, without adding other details.

The best player in Asia 2016, and one of the most prominent stars of the national team in recent years, will have the opportunity to return from the big door to the stadiums after three years of forgetting, interspersed with repeated injuries that negatively affected his level, and made him miss for long periods.

Amouri returns to play again under the leadership of the former coach, the current coach of Shabab Al-Ahly, Mahdi Ali, along with a large number of his colleagues who played with them in the Sunni stages and the first team.

He moved (Amouri) as a free player, before the expiration of the 21 days in which he was allowed to transfer, since the transfer window was closed at the beginning of this month.

Shabab Al-Ahly became the fourth team to play in its ranks, after brilliance and creativity in the ranks of Al Ain 10 seasons, before moving in 2018 to Al-Hilal Saudi Arabia, and then to Al-Jazeera last season, before "Abu Dhabi's pride" announced the termination of the player's contract by mutual consent between the two parties.

Amouri played with "Al-Zaeem" 229 games in various local and continental competitions, during which he scored 62 goals and scored 114 goals, while for the first team he played 52 matches, scoring nine goals and 29 assists.

On the other hand, his experience with Al-Hilal Saudi Arabia was not successful, as he played only five matches, during which he scored a goal, and then suffered a cut in the cruciate ligament during the youth match, to miss participation in the Asian Nations Championship that took place in the UAE in January 2019, and the matter was repeated when He joined Al-Jazira last season, playing 19 matches in the Arabian Gulf League, and participated in 14 main matches, and entered as a substitute in five matches, scoring only three goals, while in the current season, (Amouri) only participated in two games only, at a rate of 117 One minute without scoring any goals, and the player suffered a severe injury in the second round of the league against Al Dhafra, in the match that ended in a goalless draw without goals.

He is expected to return to play next March, where he is currently undergoing a qualification phase led by a personal trainer.

To "Emirates Today" that "all conditions in Al-Ahly youth are suitable for the return of (Amouri) to his level known for him." Facilitate the player's task of getting along quickly.

He added, "I expect that there will be no rush to (Amouri) return, especially as he needs to go through a rehabilitation phase until next March, and with (Amouri) readiness, Al-Ahly youth will have several options to support the offensive line."

He continued, "He is currently training under the leadership of a personal trainer, to be 100% ready when he returns to participating."

"Amouri" with the three former clubs:

Al-Hilal: He appeared with him in only five matches, before he was absent for a long time due to the cruciate ligament injury.

Al-Jazirah: He played 19 games for him last season, and only two games this season, where he has suffered again.

Amouri's return is expected next March, because he is currently undergoing a rehabilitation phase