After a really even start, team Edin took command in the championship meeting against team Hasselborg. A real jerk in the sixth round paved the way for the victory and the men won in the end with 6-5. - It was a fun match to play, a very good match, says Niklas Edin after the match. 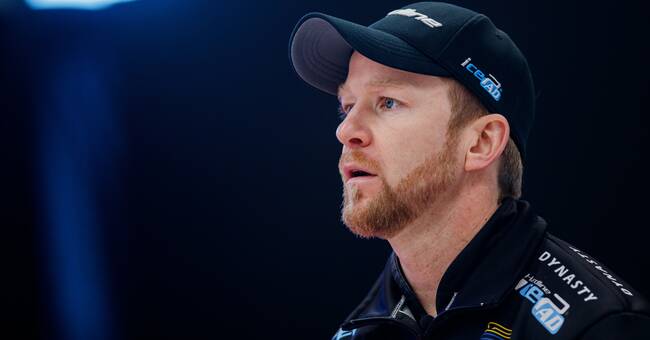 Two of the world's best curling teams met in the ultimate champion meeting.

The Olympic gold medalists from 2018 against the four-time world champions.

It was a meeting that gave reason for its name.

The favorite was on team Edin, even though they themselves toned it down sharply before.

And it was a very even start to the match.

After the first four rounds of eight, team led Edin 3-2.

Both teams play well, it is a tight match, said Niklas Edin in SVT when half the match was played.

"They should be happy"

Directly in round five, team Hasselborg responded by equalizing to 3-3.

But with two rounds left, the men had pulled away when they took three points in the sixth round and thus led 6-3.

Team Hasselborg managed to score one point in the seventh round but the men had the last stone in the last round and had thus made room for victory.

But it was actually team Hasselborg who took a point in the final round.

Which meant victory for team Edin in the championship meeting with 6-5.

- I think all players are satisfied with their efforts in this match and they should be, says SVT Sport's expert Eva Lund.

- We can step down satisfied and bring good experiences to the World Cup, she says.

KLIPP: That is why Sweden is a great power in curling

That is why Sweden is a supermarket in curling