Egypt's Al-Ahly, the African champion, hit a date with Bayern Munich in the semi-finals of the Club World Cup by overcoming Qatar’s Duhail 1-0 at the Education City Stadium on Thursday in Doha, and Mexican Tigres followed suit by beating South Korean Ulsan Hyundai 2-1. 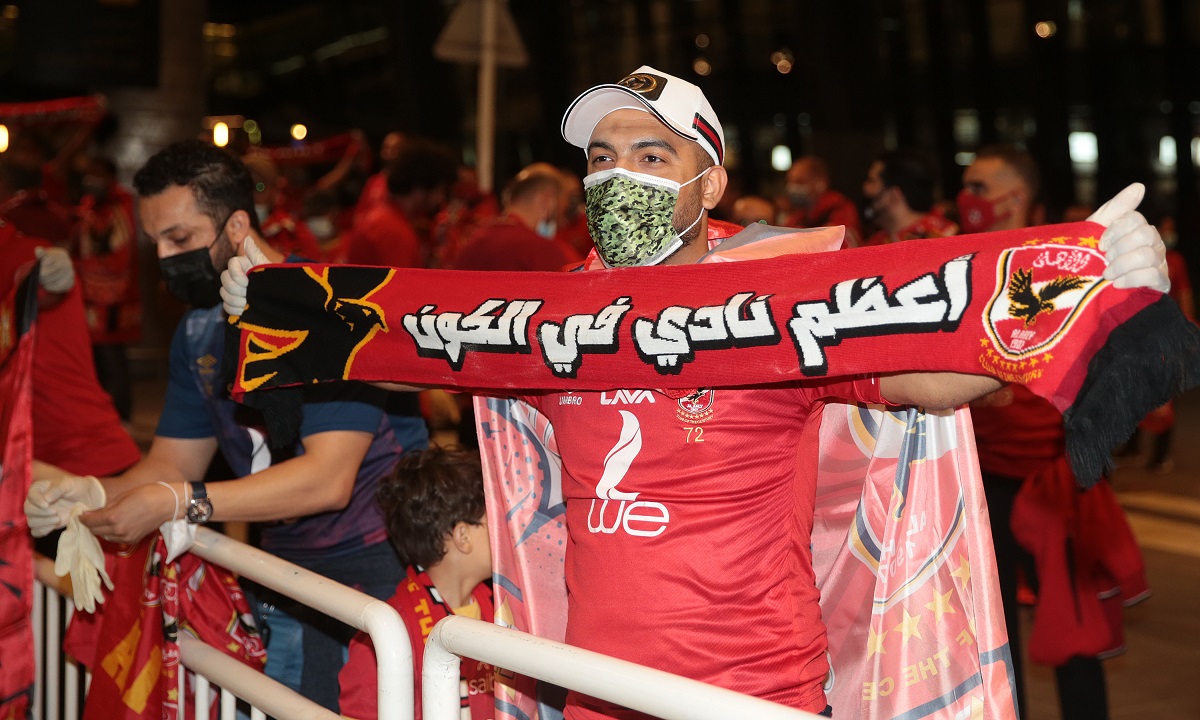 The Egyptian champion Al-Ahly of Africa hit a date with Bayern Munich in the semi-finals of the Club World Cup by overcoming Qatar’s Al-Duhail 1-0 at the Education City Stadium on Thursday in Doha, and Mexican Tigres followed suit by beating South Korean Ulsan Hyundai 2-1.

Hussein Al-Shahat scored the only goal of the match with a powerful shot from outside the area to the right of Al-Duhail goalkeeper Salah Zakaria (30).

Al-Ahly will meet the European champion Bavarian next Monday, while Tigres Palmeiras, Brazil, will face Sunday.

The presence of Al-Ahly supporters was noticeable in the stands due to the large number of the Egyptian community in Qatar and the popularity of their club as well, knowing that the authorities allowed the attendance of 30 percent of the capacity of the two stadiums hosting the matches, each with a capacity of 40,000 spectators.

After several attempts, shy of Al-Ahly, Karim Boudiaf committed a mistake in passing the ball towards Bassam Al-Rawi on the outskirts of the region. Al-Shahat grabbed it and fired it into the Al-Duhail net, opening the scoring (30).

The South Korean team headed for a defender Kim Ki-hee, taking advantage of a corner kick (24), and Genyak equalized first from close range (38) before successfully translating a penalty kick awarded to his team in the fifth minute of stoppage time of the first half.

Gignac scored the winning goal 2-1 for his team in the final of the CONCACAF Champions League (Central, Northern and Caribbean Umberca) against Los Angeles Galaxy, to crown his team the continental title.

Tigres, the seven-time Mexican champion, most recently in 2019, is participating for the first time in the Club World Cup.

No team from the region has reached the final.

On the other hand, the Asian champion Ulsan did not do much during the match, and it became clear that he lacked the experienced Brazilian scorer Junior Negrao, who scored the two goals for him in the continental final against Persepolis, Iran, 2-1 in Doha last December, and was crowned the top scorer in the Asian Champions League with 7 goals equally. With Moroccan Abdul Razzaq Hamdallah striker Al-Nasr Saudi.

Negrao, 34, left the team last week after his contract expired.