The Professional Football League (LFP) indicated on February 1, 2021 that the consultations launched for the commercialization of the audiovisual exploitation rights of the French football championships… 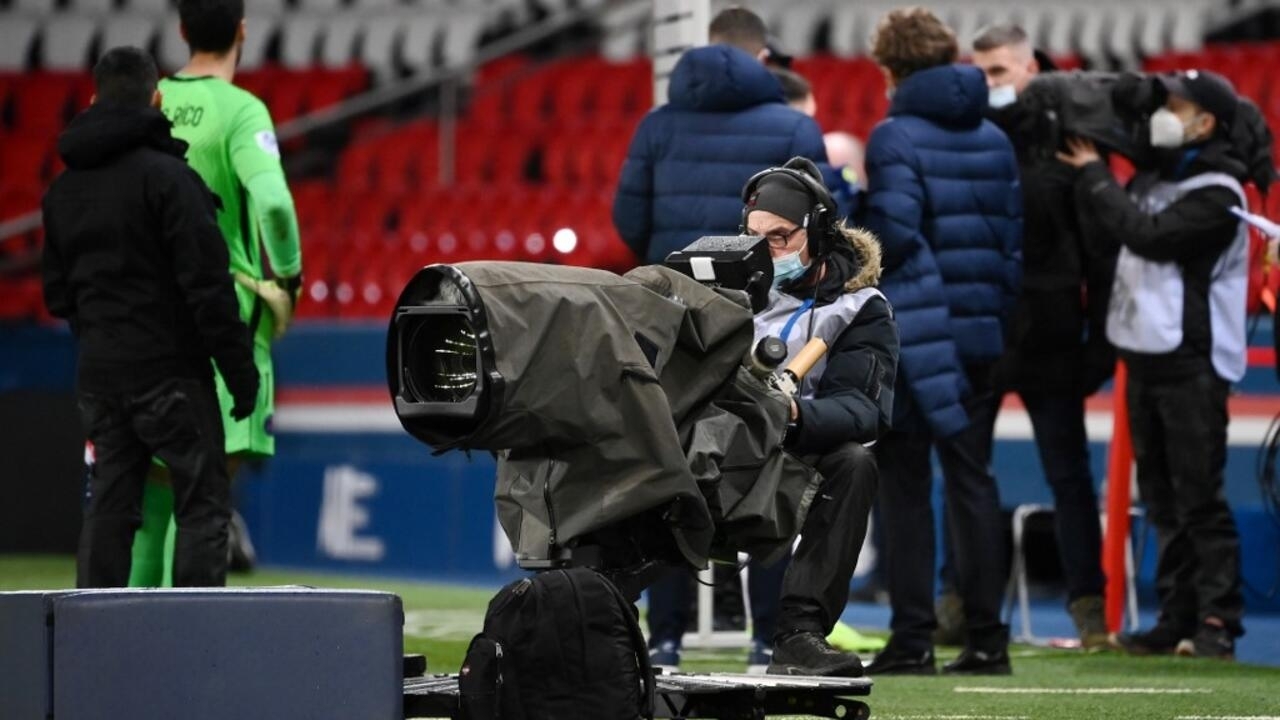 A cameraman from Spanish media group Mediapro films during the French L1 soccer match between Paris-Saint Germain (PSG) and FC Lorient at Parc des Princes stadium in Paris on December 16, 2020.

The Professional Football League (LFP) indicated on February 1, 2021 that the consultations launched for the commercialization of audiovisual exploitation rights for the French first and second division championships were “unsuccessful”.

Despite offers made by the giants Amazon, Discovery and DAZN, the reserve prices set by the LFP were not reached, thus plunging French football a little more into anguish, between financial crisis and conflict with one of its broadcasters, Canal Plus.

French pro football has just received a new snub on February 1, 2021. Four months after the start of a showdown with its broadcaster Mediapro, the Professional Football League (LFP) does not seem ready to find a successor to the Sino-Spanish group.

In any case not on the conditions hoped for by the LFP.

This Monday, the League had launched a consultation with companies wishing to broadcast the French Championship of the first division (Ligue 1) and / or that of the second division.

", concluded the LFP through a terse press release.

the reserve prices [were] not met.

Giants like Amazon, Discovery and DAZN have certainly filed files.

But their offers are visibly lower than what Mediapro had promised in 2018 to broadcast a large part of Ligue 1 (L1) and Ligue 2 (L2) matches, or 814 million euros per season.

", limited itself to concluding an institution under pressure while the L1 and L2 clubs are going through a deep financial crisis due to the pandemic of Covid-19.

They anticipate losses to the tune of 1.3 billion euros for the coming months, between lack of ticketing revenues, sponsorship at half mast and the sluggish player transfer market.

Canal Plus and beIN not candidates

Since Mediapro's withdrawal in December, the LFP had hoped to find common ground with Canal Plus and / or beIN Sports, two other of its broadcasters.

But Canal Plus, which broadcasts 20% of Ligue 1 matches against 330 million euros annually, disputes the terms of the procedure launched by the LFP, with the Paris commercial court and the Competition Authority.

As for the Qatari group beIN, it did not participate in the consultation either.

Worse, French professional clubs now risk facing a new financial threat: Canal Plus has indeed indicated that it wishes to return its share of meetings, estimating its value "overvalued" compared to the context of the call for tenders of 2018 in which Mediapro was the winner.

However, a payment from Canal Plus is expected on February 5 ...