William Poromaa, 20, is predicted by many to become Sweden's new ski star on the men's side. In SVT's series "Vinterstjärnan" he tells about the press from outside - and not least from himself. - I think I can be the best in the world. If I do not believe it, then who will believe it? 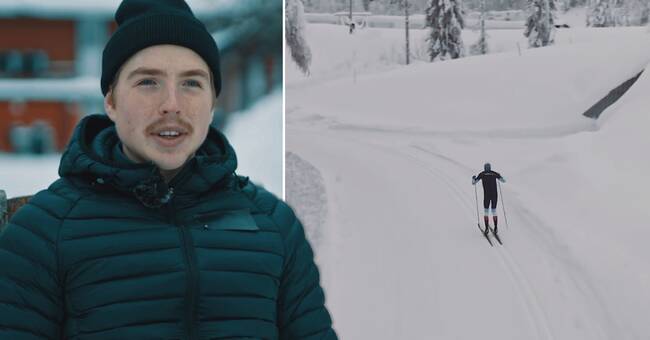 As a 20-year-old, William Poromaa is making his first season in the World Cup this winter, with a heavy responsibility resting on his shoulders.

Namely, he is predicted to become the country's new big star - and save Swedish cross-country skiing on the men's side.

- It is clear that there will be some pressure, but it is fun to be able to try to give something back to skiing, says Poromaa in SVT's series, "The Winter Star".

Poromaa himself agrees with the description put on him.

That he is Swedish skiing's great hope for the future.

- Yes, I would probably say that.

I think I can do something that will change this trend.

What is your potential?

- I think I can be the best in the world.

You have to be humble at work and there is a lot to do.

But it is clear that I believe it and if I do not believe it, then who will believe it?

Watch the entire meeting with William Poromaa on SVT Play.