Zamalek returned to the top of the Egyptian Football League by winning, on Thursday, its guest Egypt Al-Maqsat 4-1 in the tenth round competitions, with a postponed match for the white shirts with its traditional rivals Al-Ahly. Zamalek, nicknamed "School of Art and Engineering" raised its score to 23 points P 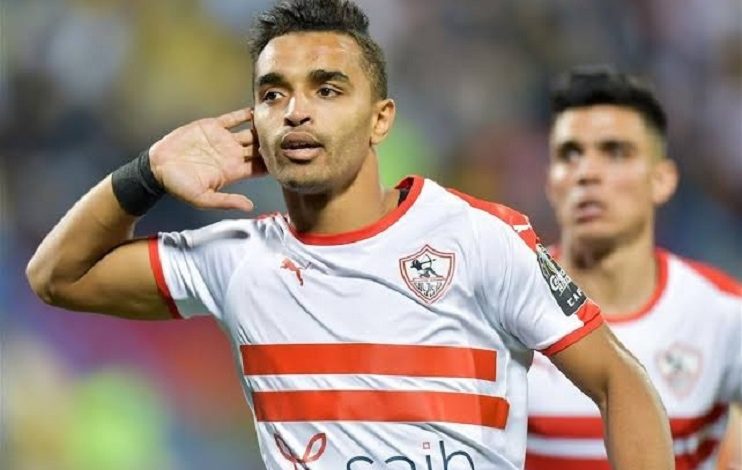 Zamalek returned to the top of the Egyptian Football League with its broad victory, on Thursday, over its guest Egypt Al-Maqsat 4-1 in the tenth round competitions, with a postponed match for the white shirts with their traditional rivals Al-Ahly.

Zamalek, dubbed the "School of Art and Engineering", raised its score to 23 points at the top of the league, ahead of Al-Ahly by two points, and both teams played nine matches, followed by El-Gouna in third place with 18 points, then Pyramids fourth with 14 points.

In numbers ... it is considered the strongest start for Zamalek in the Egyptian league since the 2003-2004 season, when it achieved the full mark of nine matches, and this season the team presents the strongest performances thanks to the harmonious performance of its professional players, Tunisian Ferjani Sassi and Moroccan Ashraf bin Sharqi, the center rhythm officer Tariq Hamed and the scorer Youssef Obama, who led the league’s top scorer with five goals, with Tala'a Al-Jaysh striker Ahmed Samir, after scoring two goals in the clearing range.

Zamalek imposed itself as the most convincing team in the Egyptian League so far, as it won seven confrontations and drew twice and did not lose any game, and one of its players tops the list of scorers, and is considered the least goal-scoring team thanks to its goalkeeper Mohamed Abu Jabal and the defensive system led by Mahmoud Alaa, as he received three goals. Just.

Among the most prominent gains of Zamalek in the current season is the rotation policy followed by the Portuguese coach Jaime Pacheco, who gave the players the opportunity to play several important minutes of play, including Islam Jaber and Osama Faisal, and the team also differs from previous seasons by being full of stars and has a lot of options on the bench and in all The lines, especially in the left-back position, which has always caused crises for the team last season, since Muhammad Abdel Shafi was injured, and international star Ahmed Fattouh became available alongside Abdullah Jumaa.

Despite the departure of the great striker, Mustafa Mohamed, Zamalek has become more dependent on the experience of Mahmoud Abdel-Razek Shikabala and the capabilities of Obama and Bin Sharqi in the striking attack, and harmony appeared clear in the last match before the clearing.

Ranking of the Egyptian League teams:

Pyramids 14 points out of 9

Egypt cleared 13 points out of 9

Ceramica 11 points out of 8

Spinning Mahalla 8 points out of 9

Etihad Alexandria, 8 points out of 6

Ismaili is 7 points out of 8

The Arab Contractors Company is 7 points out of 9

War Production: 5 points out of 8