The quarantine is extended at the Australian Open 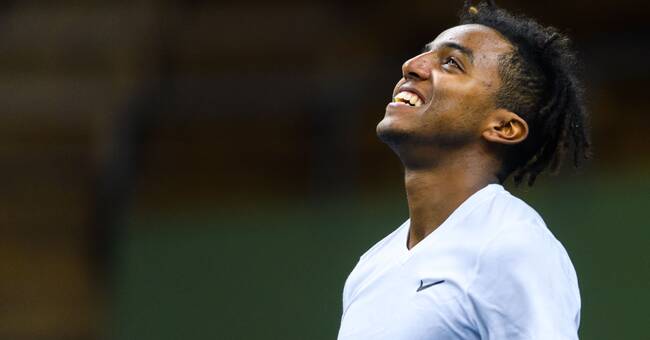 For almost two weeks, players who have come to Australia to take part in the grand slam tournament have been isolated in their hotel rooms.

One of them, Elias Ymer, who flew to Melbourne, where people tested positive for covid-19.

From the beginning, it was a difficult life for 24-year-old Ymer, but now he has got used to the situation.

- You let it be the Australian Open, you try not to think about it.

It actually helped me a lot.

But what has been the hardest for you?

- Maybe this is that you should still play a grand slam now, you are trying to push away the idea that it is a grand slam because it is not an ideal preparation.

- I do not think that many sports would have allowed you to do this for two weeks and then you will go out and play the biggest competition in the world.

But everyone is in the same boat, so I'm just happy to play tennis here in Australia.

The insulation is extended

Today, Elias Ymer and other players on site in Australia were told that the quarantine will be extended.

The idea was that the players would be allowed to come out and train already on Saturday, but Elias Ymer tells SVT Sport that players and coaches during today's video meeting with the Australian Open have been told that the quarantine will be extended further.

- We can come out on Sunday morning.

We found out recently and I can say that the players were not happy, says Ymer.

But Elijah himself takes the message calmly.

that "Elias we will not come out on Saturday, we will come out on Sunday" and I just started laughing, okay it's just like that then.

CLIP: Ymer from the quarantine: "I have never been locked up this long in my whole life" (January 22, 2021)

Ymer from the quarantine: "I have never been locked up this long in my whole life" Photo: SVT