Seven-time world champion Sebastien Ogier made history when he took his eighth victory in the Monte Carlo rally - one better than Sebastien Loeb. Ogier eventually held off British runner-up Elfyn Evans - by a margin of 32 seconds. The victory was also Ogier's 50th victory in the World Cup context. 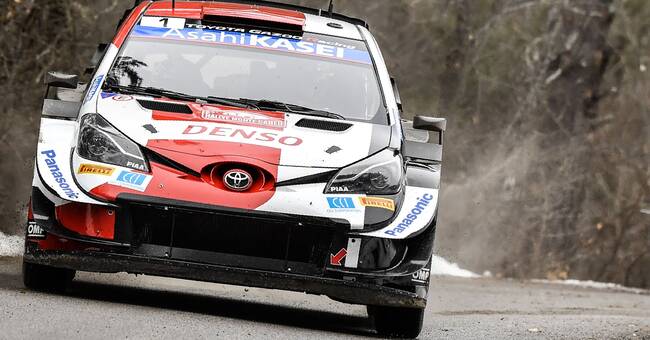 No one ruled Sebastien Ogiers in his own hometown of Monte Carlo.

"The car has fantastic"

Thus, it was also double Toyota in the top of the WRC class.

Ogier ahead of Evans, and Belgian Thierry Neuville in third place.

- There is no bad end to the week here.

The car has been fantastic.

I am almost in tears now, and very, very happy, says Sebastien Ogier.

- He may be better and more determined than ever, he is a fantastic driver and will of course be hard to beat this year as well, says Jonas Kruse.