Elias Ymer after a week in quarantine: "I just want to get out"

Elias Ymer was looking forward to playing with his little brother Mikael in the main tournament of the Australian Open. But instead of sparring with his brother, he has been quarantined in a hotel room in Melbourne and is not allowed to leave. - I just want to get out, says Ymer to SVT Sport in Morgonstudion. 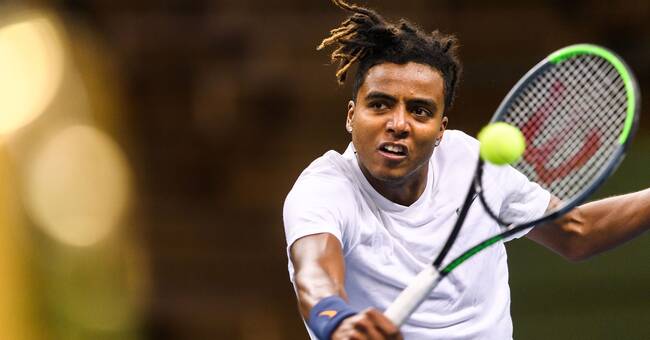 204th-ranked Elias Ymer, who went to the main tournament via qualifiers, was on one of the pitches where there was covid-19 infection and all players and leaders from there have now been put in strict quarantine for two weeks, which means that they do not may leave the room.

- It's different, I've never been locked up this long in my whole life.

It's been a week today.

There is one week left and we are in, says Ymer to SVT Sports host Rihaneh Rouhani in a video interview in Morgonstudion.

He manages all the training in the cramped hotel room.

The food is placed in a tray outside the door.

- I've got a bike and some weights.

No players even have a window.

It's unbelievable actually, I've never been quarantined in my life.

It is stressful to stay in the cramped space.

- I feel a little stress, a different feeling when you do not even feel the air and the Australian heat is special to get used to, Elias explains.

The tennis players have been relieved

The organizer chartered 17 planes to take players, leaders and referees to the tournament, planes that landed last weekend.

As soon as Ymer got off the plane, he felt the harsh regulations.

- It is a completely different feeling in Australia compared to other countries.

They take the corona seriously.

They have said that everyone else will be quarantined for six months.

Immediately when we came here we had to go to the hotel room to sit here for two weeks and no one is allowed to do anything.

They have not had a single corona fall and so we come tennis players, the public is not even allowed to fly in.

The opening is only made for tennis players.

We are privileged and we must take advantage of that and then you have to follow the rules, Ymer describes the situation.

- I was so much looking forward to playing in a main tournament in a Grand Slam with Mikael, two brothers you know, and so I ended up in quarantine and it's an odd seat but I just have to wait this out and then we'll see .

After that I get to train for a week but you lose some even if it is the same for everyone who is in quarantine.

I just want to get out and feel the ball a little, to jog a little.

Imagine being in a hotel room for two weeks, Ymer smiles.