The Algerian men's handball team were beaten by their French counterpart 26-29 in the second round of the 2021 World Championship on January 20. Egypt, the other African selection still in… 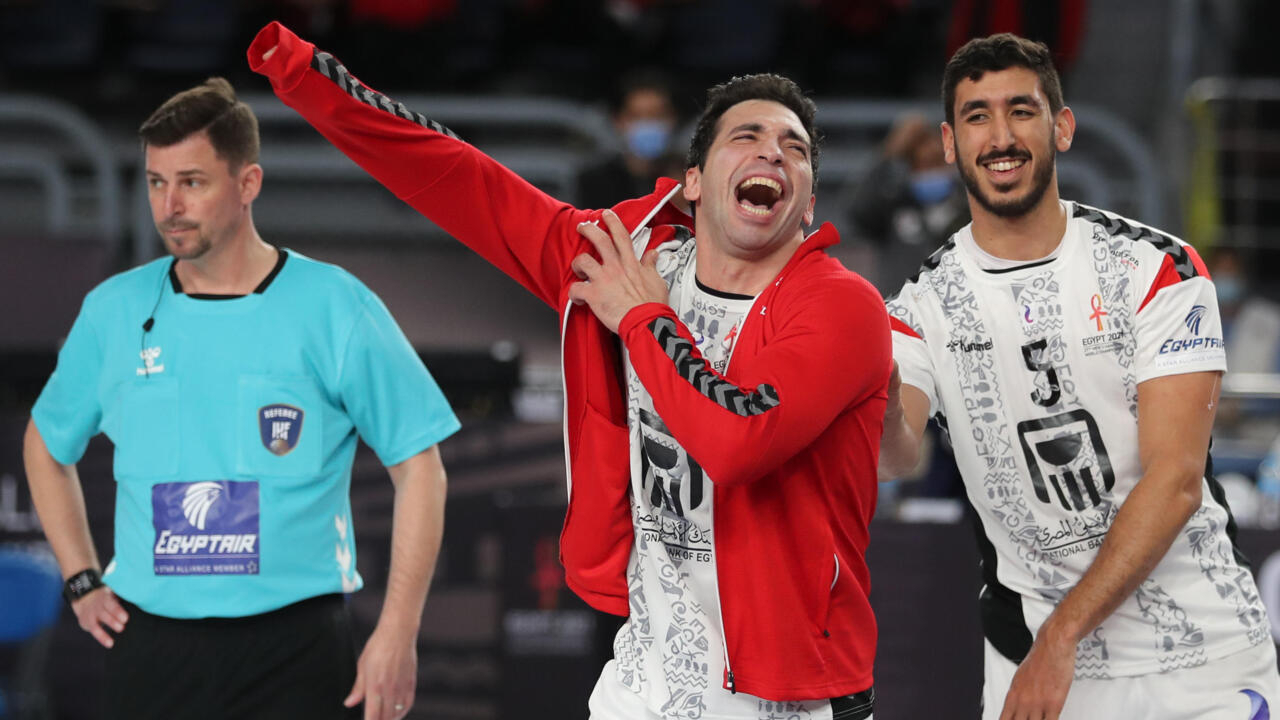 Egyptians Ahmed Elahmar (left) and Yahia Omar smile as they celebrate a victory over Russia at the end of a 2021 Men's Handball World Championship match. AFP - MOHAMED ABD EL GHANY

The Algerian men's handball team were beaten by their French counterpart 26-29 in the second round of the 2021 World Championship on January 20.

Egypt, the other African selection still in the running, defeated the Russian team 28-23 in front of their home crowd.

Opposite destinies, this January 20, 2021, for the two African teams still in contention for the Men's World Handball Championship in Egypt.

If the Egyptian selection saw its chances of going to the quarter-finals of the tournament strengthened, those of Algeria were on the other hand reduced.

The Algerians indeed bowed 26-29 against the French, in Group III of the second round ("main round") of this 2021 World Cup. The Fennecs, however, put up fierce resistance to very irregular Blues.

But here is the Algerian team, last of its group, far from one of the first two qualifying places for the quarters.

The Maghrebians will have to beat Norway on January 22 and Switzerland on January 24 to hope to be able to continue the adventure.

A mission a priori more within the reach of Egyptians who tamed the Russian formation 28-23, after a demonstration in the first period (15-8).

They still have meetings in Group IV against Belarus (January 22) and Slovenia (January 24) to confirm.

Finally, it should be noted that in classification matches (“Presidents Cup”), Morocco lost 22-36 against Austria, in Group II.