Golden State reversed a 14-point deficit in the final period

After a nightmare start to the season, Golden State has picked up speed. This morning, they turned a 14-point deficit in the fourth period against the champion team LA Lakers. 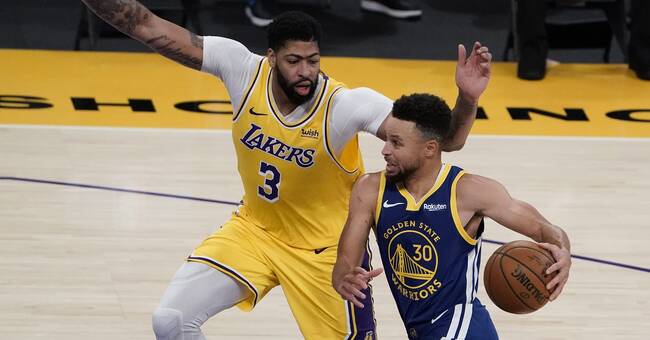 Recently, Golden State turned a 22-point deficit against the other Los Angeles team, the Clippers.

- Today's match was reminiscent of the one against the Clippers and we got the initiative late.

We have done it twice now but of course want the lead before, says star Stephen Curry who scored 26 points for AP.

LeBron: "We got some tough verdicts against us"

It is the first time in 284 home games that the Lakers lose in regular time after leading by double figures in the last period.

- We got some tough decisions against us in the second half and that made us lose the rhythm.

We could never find our way back to it, says LeBron James who had a chance to win the match when he shot a three-point attempt when the final signal sounded but the shot was missed.

The Lakers' suite of five straight victories was now broken, but with 11-4 in 15 games, they lead the Pacific Division and are the best scorer in the entire NBA.

Golden State, which started the series with two crash losses, now has seven wins in 13 games.

Since 2019, they play their matches in San Francisco instead of Oakland.