In a sport more given to finding culprits than reasons, Lucas Vázquez would monopolize all the limelight. True. His very serious mistakes led to the two goals of the fiery Raúl Ga 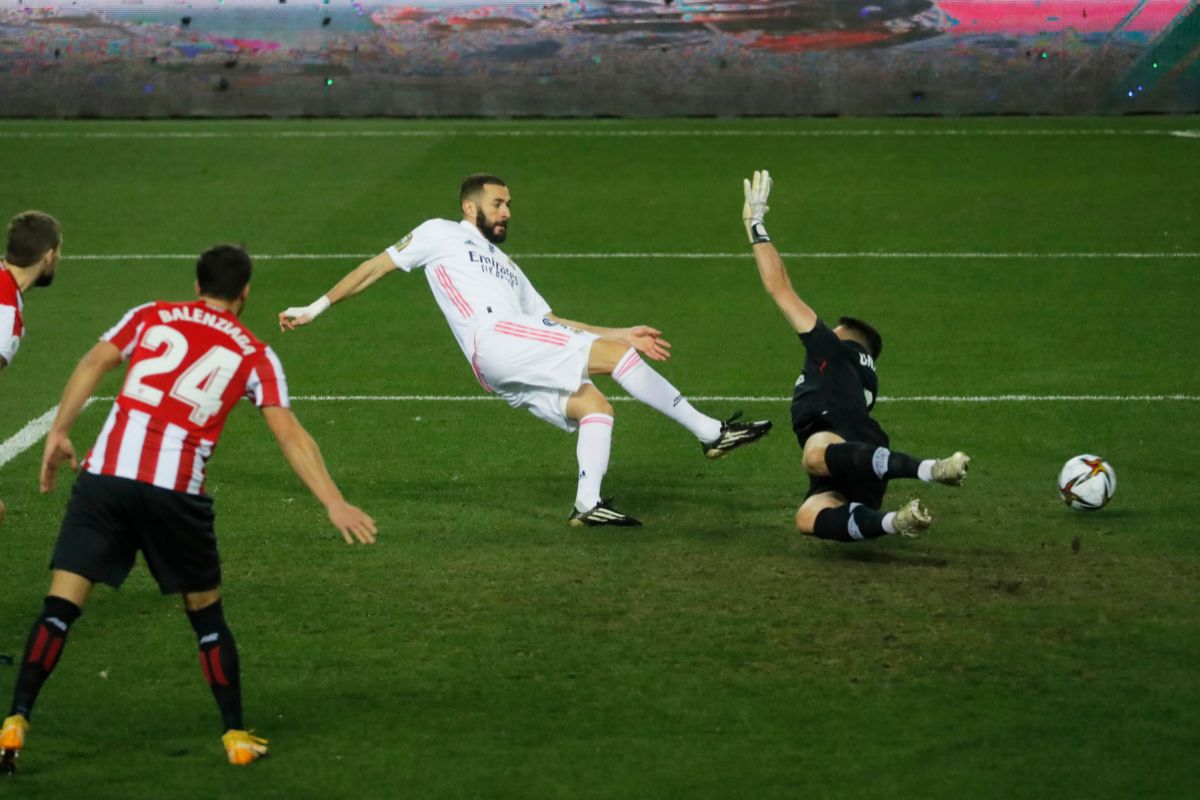 In a sport more given to finding culprits than reasons, Lucas Vázquez would monopolize all the limelight.

His very serious mistakes led to the two goals of the fiery Raúl García that left Real Madrid without a final in the Spanish Super Cup.

But perhaps it is worth asking why a winger should always answer with the reliability of a winger.

Why does no one notice Odriozola, which does not even seem to serve to meet Carvajal's urgencies.

And, above all, why Zinedine Zidane refuses to reformulate a team that, despite the blows of greatness from its historic capitos, continues to show that time passes.

With no intention of creating something new to build on.

Marcelino García Toral, who offered a tactical lesson at La Rosaleda, will be the one to lead Bilbao in the final match against Barcelona at La Cartuja in Seville.

The meeting started well uphill for Real Madrid from a situation that torments Zidane, the fit of Eden Hazard, the last great signing that Florentino made before savings and the pandemic closed the entrance door.

The French coach changed his scheme in the hope that the Belgian could finally hint at something similar to what the fans saw at Stamford Bridge.

But the team was disoriented.

Hazard had to command the offensive front at ease with Benzema.

Asensio was displaced to the left, and the right was completely unbalanced.

It was not going to be Modric who was coming to the shore, so Lucas found himself not knowing what to do with the entire shore ahead.

Marcelino, capable of discovering all kinds of tactical hiding places, overwhelmed Zidane by ordering his players to press as a block on the rival field.

So high were his players that there were sections in which the centrals marked the line on the same dividing line.

The Athletic coach knew that there was not a single player at Real Madrid capable of running 50 meters into space.

Vinicius watched everything that happened on the bench alongside other players who had become irrelevant, such as Fede Valverde, general captain in the Jeddah Super Cup a year ago, or the Norwegian Odegaard, increasingly puzzled by his role.

From here, the mistakes of Lucas Vázquez.

The alleged full-back began his night of terror with a poor clearance that, fortunately, Iñaki Williams finished even worse.

But she hadn't even had time to blink when Lucas relapsed.

This time he passed the ball to the rival.

Dani García, revitalized with Marcelino, only had to find Raúl García so that he, at 34, could claim that nothing has changed.

His voracity every time he faces Real Madrid remains intact.

He just needed not to make stupid mistakes like the one that cost him the expulsion in Valdebebas.

Metaphorical was his sweet shot before the departure of Courtois.

Benzema scored the goal for Madrid, conceded by the VAR.

After that opening goal Zidane rushed to regain his tactical drawing.

The invention had lasted 18 minutes.

Neither Hazard nor Benzema were influenced by the tactical return.

Who did grow beautifully was Marco Asensio, Madrid's only great offensive argument throughout the night.

Up to two times he violently finished off the sticks of Unai Simón.

But the game had already become a torment for the whites when Lucas Vázquez had the idea of ​​taking down in the area, not a striker, but Iñigo Martínez, who surpassed him with total solvency.

Raúl García, who if not, would take responsibility for the penalty.

Courtois would not respond to such a shot.

To Marcelino, however, what almost always happened.

The best way he found to sustain victory was by driving his laborers back.

Madrid got into the battle little by little.

He did it to the rhythm of Asensio's hammer blows and Zidane's changes.

Vinicius and Fede Valverde joined a team in which Nacho was already forming, who replaced the bruised Varane at halftime.

Muniain forgave, and the referee, a quarter of an hour from the end, validated a goal from Benzema after an eternal VAR review.

He was not offside because of Balenziaga's foot.

The final stretch was already a harassment and demolition in front of Unai Simón of a Real Madrid who saw how Courtois snatched the sentence from Villalibre and Benzema, this time in the correct position, he was left without the draw.

The VAR still reviewed a hand in 95. But Zidane, this time, had no alibi.

InterviewIñigo Martínez: "Football without people is not even half"