The American Ski Association is experiencing one of its best season starts ever. Alpine star Mikaela Shiffrin was delighted with her colleague in the cross-country team, Jessie Diggins, who took home the overall victory in the Tour de Ski. - I can see in front of me how dad had texted that "Jessie won, send a message to her", says Shiffrin. 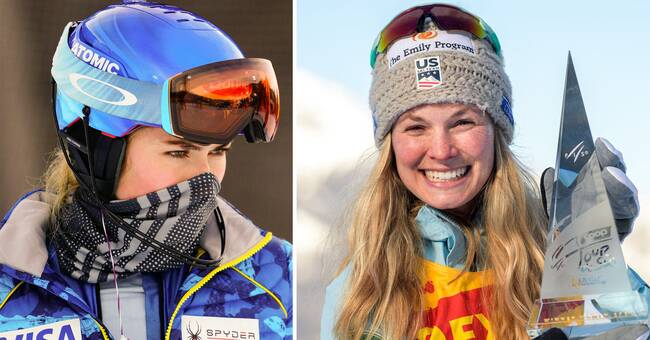 The 25-year-old believes that the athletes in the various winter sports are closer to each other now than they were before.

It is as if all athletes look at each other with greater respect now.

Not that "what I do is harder or better".

It's just incredible to see your teammates, in general, in other sports doing well.

Especially in these times when it is not so easy, says Shiffrin in an interview with Fis.

In February last year, Shiffrin's father Jeff passed away quickly after an accident.

Dad Jeff was a big fan of all American winter sports, not just downhill.

- You probably put the pictures on when I won in Sochi and he is crying a lot, says Shiffrin.

- But together with my father, I also saw when Jessie and Kikkan (Randall) won their gold in South Korea.

And he roared then too.

Every time he saw a spectacular effort, he started crying and I kind of said, "But Dad, stop crying."

He became so emotional and moved when he saw something he knew required such a great effort.

You see that very moment of success, but there are years of work and sacrifices behind it.

He saw and understood it.

- I can see in front of me how he would text me "Jessie is like this in the Tour de Ski", or "Jessie won, send her a message".

He used to send such messages to help me keep track of what was happening.

CLIP: See the best of the Tour de Ski

See the best of the Tour de Ski