New crash at the finish line - landed on his head

New nasty crash right at the finish line in Adelboden's giant slalom. American Tommy Ford landing on his head - the competition has been canceled. - It's nasty, it's high speed down here after the precipice, SVT's expert Tobias Hellman in Vinterstudion. 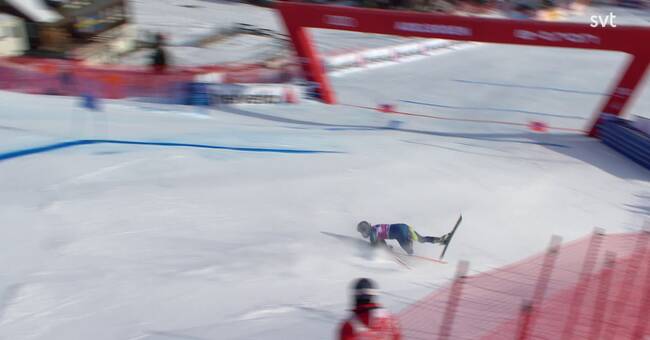 Braathen received care on the slopes before he was taken to hospital.

Now on Saturday there was a new crash - also right at the finish line.

"Coming a little too far"

Today it was the American Tommy Ford who fell nasty on his head.

- Firstly, this is a demanding course and slope that puts the riders to the test.

He gets a little far and out in the loose snow, and does not have time for the next gate that makes him crash forward, says Pernilla Wiberg in Vinterstudion.

Tommy Ford is currently being cared for and the competition has been canceled for the time being.