Memphis Depay helped Olympique Lyon on Saturday with a goal and an assist to a draw against Stade Rennes: 2-2. In Italy, Zlatan Ibrahimovic made his return to AC Milan, which won 2-0 against Torino. 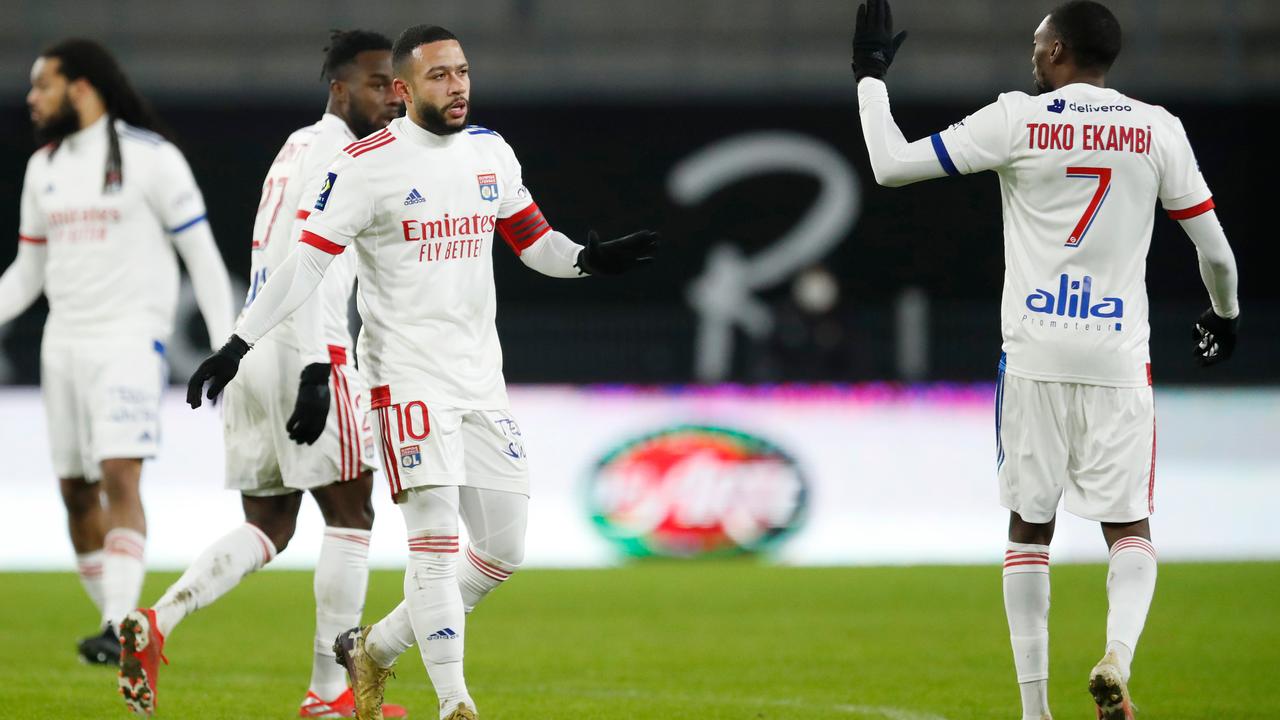 Memphis Depay helped Olympique Lyon on Saturday with a goal and an assist to a draw against Stade Rennes: 2-2.

In Italy, Zlatan Ibrahimovic made his return to AC Milan, which won 2-0 against Torino.

Lyon, which is somewhat surprisingly the leader in the Ligue 1, has long been heading for the second defeat of the season at Rennes.

Clément Grenier gave the home team the lead after twenty minutes and ten minutes after the break Benjamin Bourigeaud made it 2-0.

Memphis brought Lyon back into the game ten minutes before the end with a nice volley and in the 83rd minute the 26-year-old Dutchman managed to reach the head of Jason Denayer with a cross, after which the Belgian took care of the equalizer.

For Memphis, his goal meant his tenth goal of the season.

On Wednesday he was also accurate twice in the home game against RC Lens, won 3-2.

Memphis Depay was again important for Olympique Lyon on Saturday.

Memphis Depay was again important for Olympique Lyon on Saturday.

Bakker wins with PSG, Botman is also catching up with Lille

Paris Saint-Germain recorded a 3-0 win at Stade Brest and was two points behind the competitor from the south of France.

Mois Keane, Mauro Icardi and Pablo Sarabia scored the hits for the team, with the Dutchman Xavi Simons on the bench for the entire game.

Lille is also approaching - just like PSG - leader Lyon to a point.

With Sven Botman the entire match within the lines, the number three from the Ligue 1 won 0-1 at Olympique Nimes.

Burak Yilmaz scored the only goal of the game after half an hour.

In San Siro, 39-year-old Ibrahimovic, who was sidelined for eleven matches due to a calf injury, came in in the 85th minute.

At that moment the 2-0 final score was already on the scoreboard thanks to a goal by Rafael Leão and a penalty kick from Franck Kessié - both goals fell before half time.

Ibrahimovic is of great value to the 'Rossoneri' this season.

Before his injury, the Swede already scored eleven hits and two assists in ten games.

Despite those fine statistics, he also missed a number of duels earlier this season because he became infected with the corona virus.

Milan is recovering with the victory of the defeat against Juventus earlier this week (1-3).

Thanks to the victory, the team of trainer Stefano Pioli has four points ahead of number two Internazionale, which will visit AS Roma on Sunday.

Earlier on Saturday, Atalanta remained unbeaten for the ninth game in a row thanks to a 1-4 win at Benevento.

Marten de Roon and Hans Hateboer played the entire game against Benevento, while Sam Lammers again stayed on the bench.

Thanks to the victory, Atalanta climbed to fourth place in the Serie A.