200 days to the Olympics and increased infection in Japan

The Olympics in Tokyo are getting closer, at the same time as corona infection is increasing in the host city. Still, Prime Minister Yoshihide Suga insists the championship will be held. "Proof that we have defeated the coronavirus," he said, according to the AP. 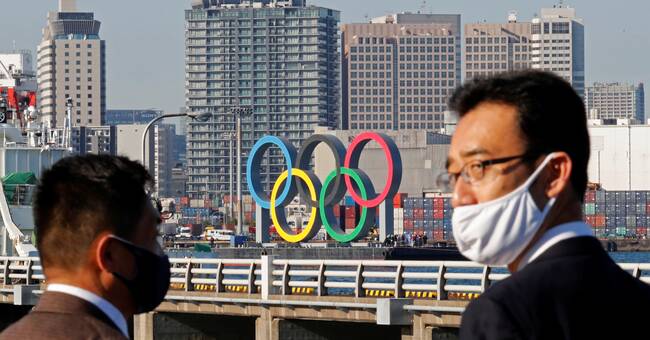 On Monday, the Japanese Prime Minister Yoshihide Suga announced that he was considering declaring a state of emergency in the country as corona infections reached record numbers in Tokyo and nearby areas.

It reports the news agency AP.

What that would mean is still unclear, but so far Japan has not had a lockdown due to covid-19.

Can declare a state of emergency

Despite the ongoing pandemic, the deadline for planning the Olympics is approaching.

The organizers have previously promised concrete plans at the beginning of the year, including how they will succeed in getting 15,000 athletes in a safe way to the competition village.

Information about whether the public will be allowed on site, says Yoshiro Mori, chairman of the organizing committee, will come sometime between March and May.

However, the planned inauguration ceremony has already been problematic.

"Corona virus is defeated then"

Increased infection or not, Yoshihide Suga insists that the Olympics be held and describes it as proof that the coronavirus has been defeated then.

With a population of 125 million, Japan has so far only had about 3,400 reported covid-19 deaths.