The Portuguese coach, Pedro Emmanuel, is completing his first year with Al Ain today, at a time when the numbers he achieved 12 months after assuming the task reveal that he is still below ambition, playing 33 matches, winning 14, losing 10, drawing nine, and leaving the group tournament For the AFC Champions League 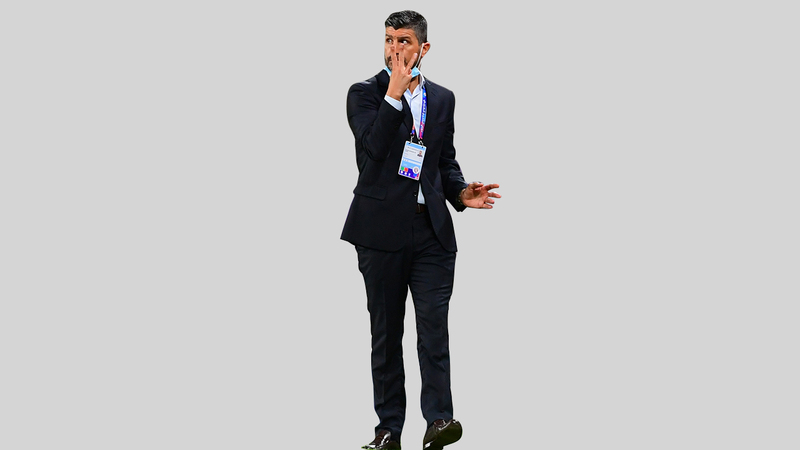 The Portuguese coach, Pedro Emmanuel, is completing his first year with Al Ain today, at a time when the numbers he achieved 12 months after assuming the task reveal that he is still below ambition, playing 33 matches, winning 14, losing 10, drawing nine, and leaving the group tournament For the AFC Champions League soccer tournament, as well as the President's Cup and the Arab Gulf Cup, while he is currently nine points away from the league title competition from leaders Sharjah, and a fateful mission awaits him in front of Iranian independence in the AFC Champions League supplement.

All eyes were on Pedro in the current season, to make the difference and confirm his competence with the leadership of the team, sympathetic to the results of the canceled season, when he led the team to the final of the President's Cup, in addition to remaining a strong competitor for the league title, six points behind Shabab Al-Ahly leaders, before canceling Competition after the spread of the Corona epidemic.

But the Portuguese coach led the "leader" to the worst start in the history of the "Violet" participation in the Arab Gulf League over the past 13 years, after collecting only five points in the first four rounds, while the Croatian coach, Zoran Mamic, kept the best start after collecting 12 A point (full mark) in the 2018-2019 season, in addition to winning the League and Cup double for the first time in the club's history, and finishing second in the 2018 Club World Cup.

During the 12 months in which Pedro supervised the leadership of the "leader", he did not settle for a fixed line-up as all the meetings he fought in witnessed changes in the names participating, which contributed significantly to the team's loss of the harmony factor, and the team is currently ranked fifth in the league (20 points ), Nine points behind leaders Sharjah.

Pedro played 33 matches and suffered 10 defeats, surpassing the former coach, Zoran Mamic, who lost nine matches, but the latter lost these encounters out of 43 occasions.

For his part, the former captain of Al Ain team, Salem Jawhar, confirmed in a press statement that coach Pedro should not continue to train the team in sympathy for bad results and his inability to manage matches, calling on the club's technical committee to take action to put an end to his mistakes. It caused the results achieved so far, and led to the team's departure from the championship circuit.

Pedro numbers in the first year