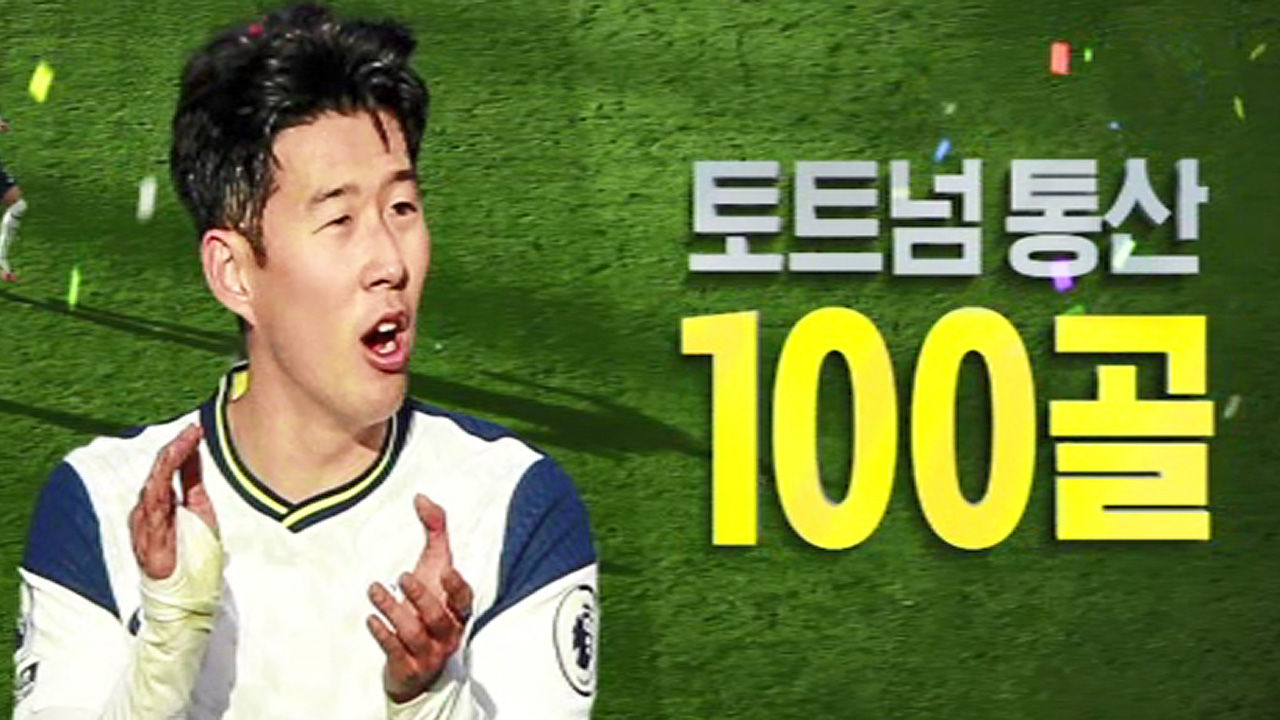 He scored a sensational goal from the first game this year, reaching his 100th goal in Tottenham's career.

This is Seo Dae-won reporter.

Son Heung-min scored the first goal of the new year in the 43rd minute ahead of 1-0 in the match against Leeds.

When Son Heung-min's 15th goal in the season and the 100th goal in Tottenham's career broke, the voice of the announcer in the stadium resonated in the home stadium.

Son Heung-min helped Alder Weirelt's heading goal with a corner kick in the 5th minute of the second half, leading a 3-0 complete victory with one goal and one help.

Tottenham jumped from 7th to 3rd at once, and Son Heung-min was selected as the MVP of the match by fans.

It is the 18th in the club's 139-year history, and the first to be a non-British and Irish player.

[Son Heung-min/Tottenham striker: It's amazing to score 100 goals in one team.

It's a great start to the new year.]

Tottenham celebrated through the club's SNS, and coach Mourinho also praised it.

[Director Jose Mourinho/Tottenham: I am very happy too.

People will know more clearly what kind of player Son Heung-min is.]

Son Heung-min, who ignited the scoring competition again by pursuing the leader Salah with one goal with 12 goals in the league, expressed thanks to the people with a wonderful New Year's gift.

[Son Heung-min/Tottenham striker: Always thank you for your support and wish you a happy new year.