The Swedish ski promise is helped by the idol Hellner

20-year-old Wiilliam Poromaa has impressed in the cross-country tracks during the start of the season. After the New Year, he makes his first start in the Tour de Ski. And he also gets help from triple Olympic gold medalist Marcus Hellner as a new mentor. 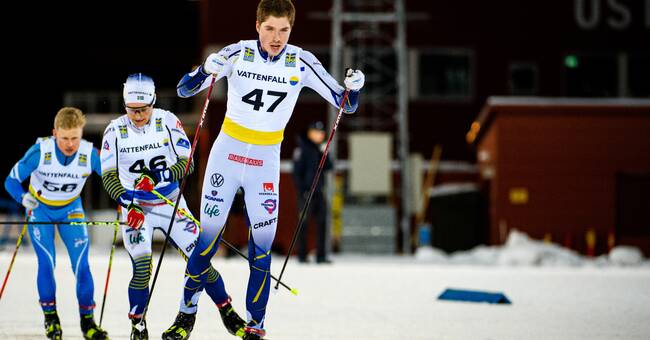 Marcus Hellner ended his own successful career in 2018. But now he is giving valuable help to the Swedish promise William Poromaa before the start of the Tour de Ski in Swiss Val Mustair on New Year's Day.

Hellner steps in as a mentor and sponsor for the Swedish 20-year-old, writes Expressen.

- I'm very grateful for that.

Marcus has an awful lot to share, so it has been good to talk to him and get some advice, Poromaa tells Expressen.

Poromaa who also has the Swedish ski legend as an idol.

- It's so damn powerful.

He has been my idol ever since I was little, says Poromaa.

"Believe a lot in William"

And better advisors ahead of the Tour de Ski are hard to find for Poromaa.

With his second place in 2012, Hellner is the only Swedish rider who has reached a total podium place in the tour through the ages.

- It's great fun if I can contribute something.

But you should not raise my role too much, most things are up to him, says Marcus Hellner.

- I believe a lot in William.

Has good technology, manages the races wisely already as a youngster.

It will be very exciting to see how far he can reach, says Marcus Hellner to Expressen.