Zlatan: "Do not exchange my gold balls for a Ballon d'Or"

How high does Zlatan Ibrahimovic value his golden balls? Very loud. - I do not exchange my twelve gold balls for a Ballon d'Or, he says to Gazzetta dello Sports magazine Sport Week according to the Football Channel. 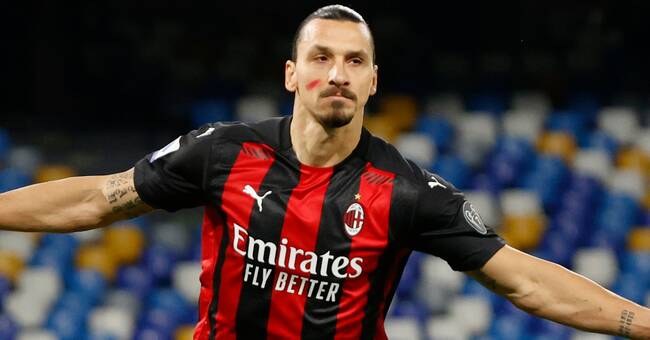 No one else has won more gold balls - the prize for Sweden's best football player on the men's side - than Ibrahimovic.

But when it comes to the Ballon d'Or, the prize cupboard is empty.

The coveted award for the world's best football player is handed out by the magazine France Football and in an interview with Sport Week, Ibrahimovic touches on the subject of an open question about gold, writes Fotbollskanalen.

I'm not exchanging my twelve gold balls for one from France Football.

Because it shows me continuity, the striker says to the magazine according to the site.

- I have seen many who have won the World Cup, European Championships, Champions League and also the Ballon d'Or, who had a brilliant, fantastic year and then disappeared.

But I have been in the game for 25 years.

All the time on top.

So I do not exchange anything for one thing, because one thing is like a knockout, something lucky.

This is not a "one lucky shot".

It is a big difference.

"Had been my biggest victory"

Zlatan Ibrahimovic is currently injured but is still third in the shooting league in Serie A.

The 39-year-old has scored ten goals in six games for his Milan, which tops the league before Inter after 14 rounds.

- I have won in all the clubs I have played, but this year with Milan is the biggest and most difficult challenge in my career.

We'll see how it ends, because if it pays off, it will be the biggest victory of my career, the best I've done.

I'm not afraid to dream that we can do it, says "Ibra".

Zlatan Ibrahimovic will miss the rest of 2020, according to several Italian media.