Good evening and welcome to this live blog! My name is Jeroen van Barneveld and I will keep you informed of the matches in the Eredivisie. Eredivisie LIVE: PSV-VVV  1-1 FC Twente-Sparta  0-0 Results: Fortuna-RKC 2-1 FC Emmen-FC Utrecht 2-3 PSV-VVV in 2 days Kick-off! The ball also rolls again for the second half of PSV-VVV-Venlo in Eindhoven. Can PSV take over the game after the break? Or will 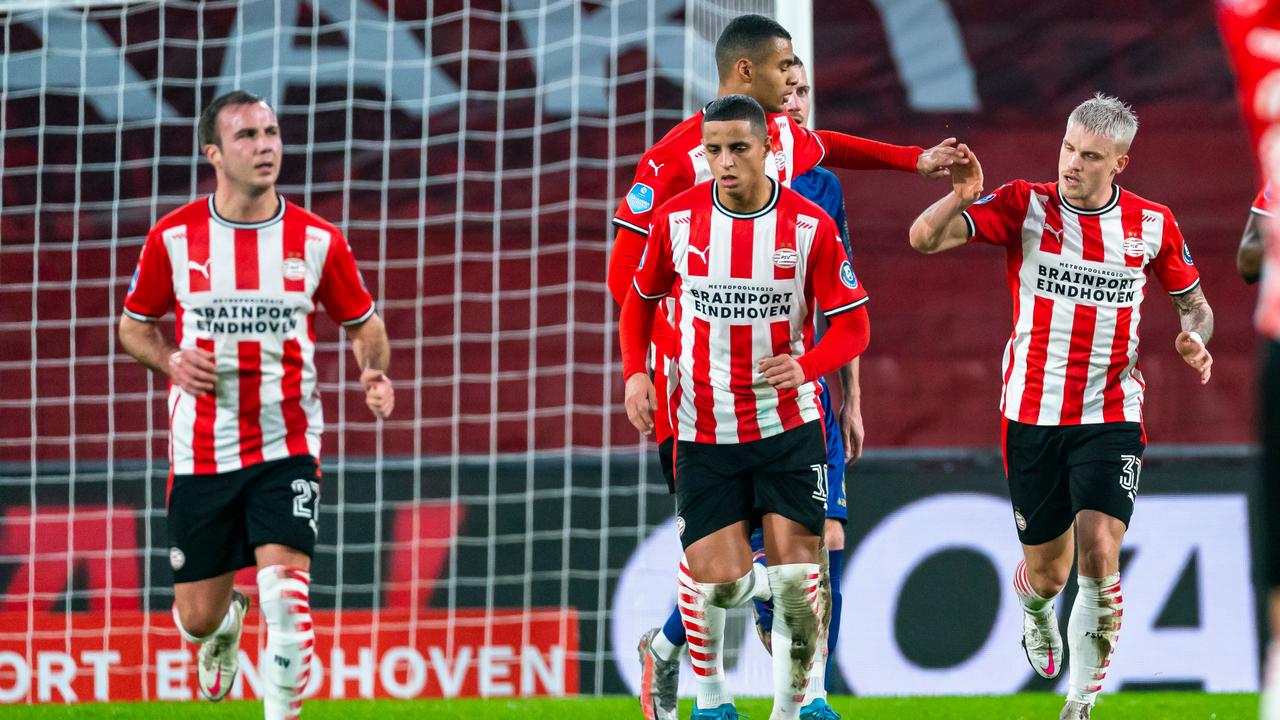 The ball also rolls again for the second half of PSV-VVV-Venlo in Eindhoven.

Can PSV take over the game after the break?

Or will VVV hold up?

The ball rolls in Enschede and so FC Twente-Sparta Rotterdam started.

Will FC Twente push to the top of the Eredivisie in its last league match of 2020?

FC Twente and Sparta Rotterdam close this Eredivisie with a mutual meeting in Enschede.

The home team of trainer Ron Jans is one of the revelations of this season and is in the subtop.

A victory over Sparta is a requirement if the tukkers want to stay in the wake of the top clubs next year.

Anyone who thought that PSV would waltz about VVV-Venlo will be disappointed for the time being.

After 45 minutes, the score is still in balance, although a goal has already been scored in the Philips Stadium.

VVV takes a brutal lead halfway through the first half via Jafar Arias, after which Philipp Max takes care of the equalizer from the penalty spot.

PSV piles chance after chance, but the return of the attackers is rather poor.

Philipp Max gets a hand from his teammate Cody Gakpo after his goal against VVV.

It is his second penalty of the season for the German left back.

Normally, Donyell Malen is the regular, but the club top scorer gets a rest.

43 'It is now alarm phase one for VVV-Venlo, because PSV is pulling out all the stops to take the lead in the Philips Stadium before half-time.

Cody Gakpo again has the 2-1 on the shoe at the far post, but he mows over the ball.

VVV yearns for the break.

VVV goalkeeper Thorsten Kirschbaum has already been beaten by Mohamed Ihattaren's shot in the far corner, but he receives assistance from the young Linthorst on the goal line.

The Domstedelingen win with their heels over the ditch against FC Emmen: 2-3.

The goldcrest at FC Utrecht is Adrián Dalmau, who shoots the winning 2-3 fifteen minutes before the end.

It is his first goal of the season for the Spaniard.

FC Emmen initially turned a 0-1 deficit through beautiful shots by Miguel Araujo and Lucas Bernadou, but still loses to the Oude Meerdijk and ends the year without a win.

before half time and gets the goal thrown in the lap by VVV-Venlo.

Christiaan Kum hits Noni Madueke strongly and referee Sander van der Eijk can do nothing but point to the dot.

VVV keeper Kirschbaum is still in the right corner, but has to capitulate.

After his hit against PSV, Jafar Arias immediately seeks out declarant Vito van Crooij to thank him for the measured cross.

We could also have imagined Arias running through the Philips Stadium for three laps of honor, but he stays very cool under the euphoria.

25 'According to the latest reports, PSV has no less than 78 percent possession of the ball against VVV-Venlo, but that is a statistic that does not matter in football.

It's all about goals, of course.

And surprisingly enough, that balance goes to VVV, which leads to a hit by Arias.

How long can VVV stand against the Brabant superpower?

Right winger Gyrano Kerk beats his opponent for speed and delivers an excellent cross, which Dalmau taps in from close range.

Dalmau thus scores his first goal of the season.

74 'Kostas Lamprou has a lot of trouble with a direct free kick from Zian Flemming.

The striker's mop ball just bounces in front of the little Greek goalkeeper of RKC, who with an extreme effort gets his fingertips behind the ball and whips the toy out of his goal.

Sebastian Polter can head in Zian Flemming's measured cross for an empty goal, but Fortuna Sittard's club top scorer knows how to achieve not to score.

It is better to head this ball wide than in the goal of RKC Waalwijk.